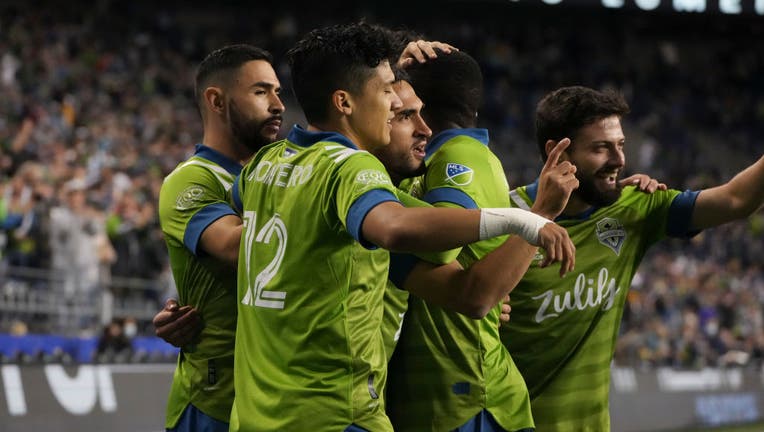 SEATTLE, WA - OCTOBER 03: Seattle Sounders midfielder Cristian Roldan (7) celebrates his first half goal with teammates during an MLS match between the Colorado Rapids and Seattle Sounders on October 3, 2021 at Lumen Field in Seattle, WA. (Photo by J

SEATTLE - Shane O’Neill scored his first goal since 2014, Will Bruin added a goal and an assist and the Seattle Sounders beat the Vancouver Whitecaps 4-1 on Saturday night to clinch their 13th straight playoff berth.

Western Conference-leading Seattle (17-5-6) has won four games in a row.

Kelyn Rowe played a one-touch ball from the right side to the far post where O’Neill headed home a side-netter — his second career goal in MLS — to open the scoring in the fifth minute.

Nicolas Benezet took a pass from Bruin, turned and blasted a right-footer into the net in the 14th before Brian White scored in first-half stoppage time for Vancouver.

Bruin scored in the 55th minute and Léo Chú, a 21-year-old Brazilian who signed with Seattle on Aug. 5, subbed on in the 85th minute and netted his first MLS goal in the 90th to cap the scoring.