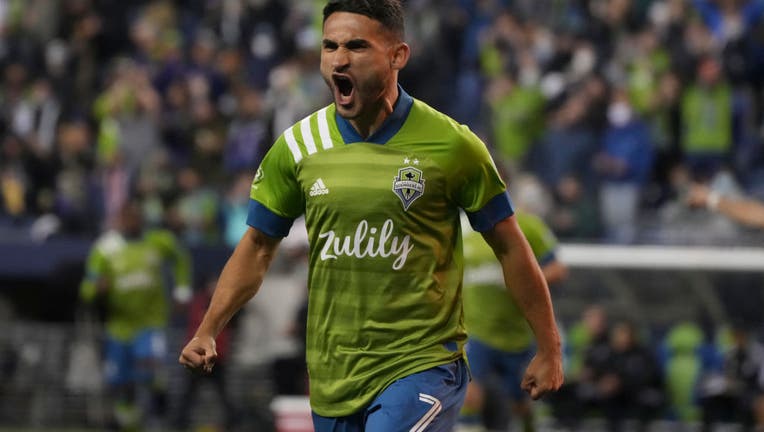 SEATTLE, WA - OCTOBER 03: Seattle Sounders midfielder Cristian Roldan (7) celebrates his first half goal during an MLS match between the Colorado Rapids and Seattle Sounders on October 3, 2021 at Lumen Field in Seattle, WA. (Photo by Jeff Halstead/Ic

SEATTLE - Cristian Roldan scored for the fourth consecutive game and the Seattle Sounders beat the Colorado Rapids 3-0 on Sunday night to take the Western Conference lead.

Jimmy Medranda and João Paulo added goals to help Seattle (16-5-6) win for the third straight game and move past Sporting Kansas in the conference standings.

The Rapids played a man down after Lucas Esteves was shown a straight red card in the 61st minute.

Stefan Frei made four saves for the Sounders.