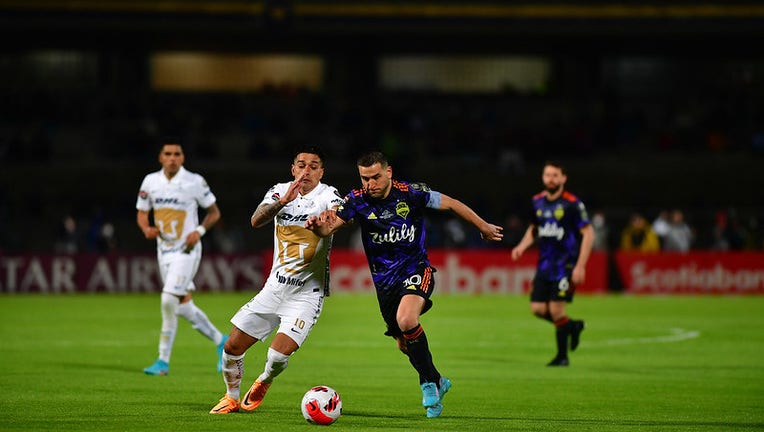 MEXICO CITY - Nicolás Lodeiro scored on a pair of penalty kicks late in the second half, and the Seattle Sounders rallied for a 2-2 draw with Pumas in the first leg of the CONCACAF Champions League final Wednesday night.

Lodeiro scored the first penalty kick in the 77th minute and the second came in the ninth minute of second-half stoppage time after Cristian Roldan was fouled in the penalty area by Efraín Velarde. Juan Dinenno scored two goals in the first 50 minutes for Pumas.

The series now moves to Seattle on May 4, where the Sounders will have a chance to win the continental title in the second leg of the CONCACAF Champions League final at Lumen Field.

With more than 50,000 tickets sold for the second leg at Lumen Field, seats in the 300 level of Lumen Field are still available on their website.

Fans are encouraged to secure their tickets for this historic match, with one of the largest crowds in Seattle soccer history expected to be on-hand.

There is a lot on the line for the Sounders; this could be the team's first international cup, making them the first MLS team to win the continental title. In addition, a Sounders win on May 4 would secure their slot in the FIFA Club World Cup, a competition no MLS team has ever reached.

"This is a chance at immortality," Lagerwey said about the opportunity to win CONCACAF Champions League and become the first American team to advance to the FIFA Club World Cup.