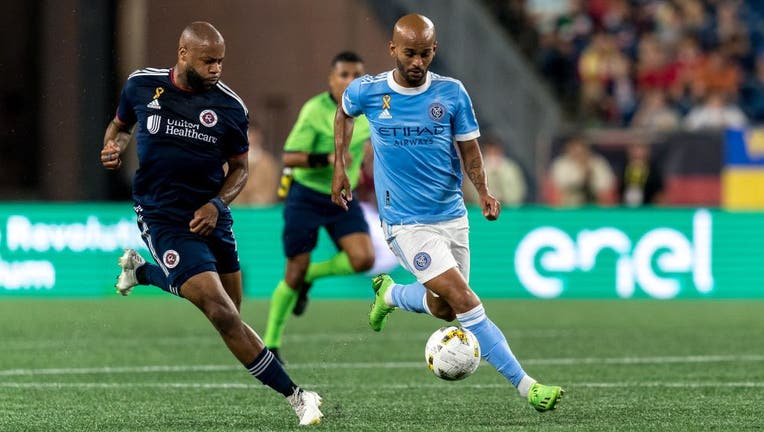 Seattle Sounders FC acquired forward Héber from New York City FC on Thursday in exchange for allocation money over the next two seasons.

Héber, 31, has scored over 100 goals in his career, which included 30 goals over the last four seasons with NYCFC across all competitions.

"We are excited to bring in Héber and strengthen our team with a proven, veteran attacking player," Sounders general manager Craig Waibel said in a statement.

"Héber’s track record across multiple leagues speaks for itself, and he has been an impact player since coming to MLS. I’d like to welcome him to Seattle and look forward to watching him work with our existing squad once camp opens."

The Sounders sent NYCFC $200,000 in general allocation money in each of the next two seasons in exchange for Héber. An additional $150,000 in allocation money can be added if certain performance metrics are met.

NYCFC is the only team Héber has played for in the MLS since joining the team in 2019. A native of Colorado de Oeste, Brazil, Héber began his professional career with Figueirense FC, playing in both the Brazilian first and second divisions and scoring 17 goals across all competitions from 2010-2013. He added 12 goals from 2013-2015 with Brazilian sides CRAC, Avaí FC and Paysandu SC before a breakout season with FC Alashkert in its title-winning 2015-2016 campaign, where he led the Armenian Premier League with 16 goals (20 across all competitions).

The striker scored 10 goals for Croatian side NK Slaven Belupo in 2016-2017 before moving to fellow Croatian club NK Rijeka. Héber played with Rijeka from 2017-2019, tallying 27 goals in 52 appearances (44 starts) across all competitions. Héber has one goal in six career UEFA Champions League appearances, in addition to one goal in nine Europa League appearances.

"I’d like to welcome Héber to Seattle and look forward to seeing him in preseason camp," head coach Brian Schmetzer said in a statement. "You always need players that can score, and Héber has been goal-dangerous throughout his entire career. I can’t wait for him to get to work with our coaches and his new teammates to add another strong piece to our attacking group."

Héber joins Raúl Ruidíaz, Jordan Morris and Fredy Montero up front for the Sounders, who will hope he can provide some scoring punch to help the team in their upcoming appearance in the FIFA Club World Cup in February in Morocco.