SEATTLE - Before the game, at least, everything was smiles and hugs when Richard Sherman returned to CenturyLink Field on Sunday.

Sherman is back in Seattle for the first time since signing with San Francisco in the offseason, as the 49ers prepared to play the Seahawks.

Sherman exchanged hugs with former teammates, including wide receiver Doug Baldwin - one of his best friends off the field - and quarterback Russell Wilson. 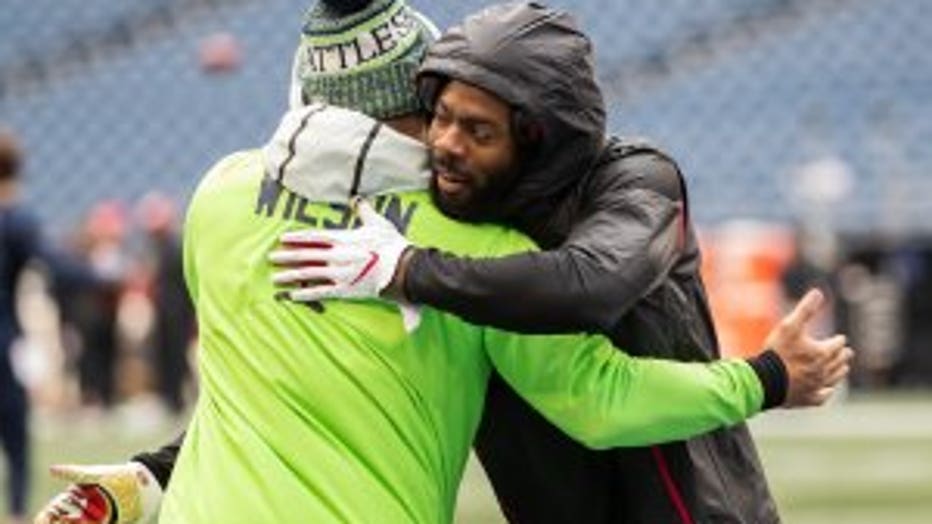 Sherman spent seven season with the Seahawks, being named to the Pro Bowl four times and winning the team's only Super Bowl title.

He'll see his old team again in two weeks, when the Seahawks head to San Francisco on Dec. 16.