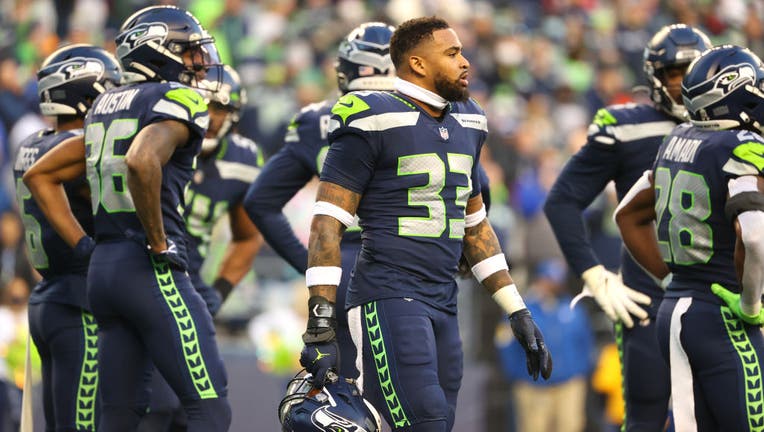 SEATTLE, WASHINGTON - NOVEMBER 21: Jamal Adams #33 of the Seattle Seahawks looks on against the Arizona Cardinals during the fourth quarter at Lumen Field on November 21, 2021 in Seattle, Washington. (Photo by Abbie Parr/Getty Images)

SEATTLE - Whatever the messaging or the style of coaching that’s been tried already this season, Pete Carroll knows it must change.

The Seattle Seahawks continued to rehash the same mistakes for another week, leaving Carroll and his team a mix of confused and frustrated sitting at 3-7 and seemingly on their way to the worst season since 2009.

"We have done things in a particular way with commitment based on the philosophy and approach and how we do things," Carroll said on Monday. "And when things aren’t working out right, you have to be open to do whatever you’ve got to do. We have to do whatever we’ve got to do."

Seattle’s season continued to spiral into unchartered territory with Sunday’s 23-13 loss to Arizona where Russell Wilson was thoroughly outplayed by Cardinals backup QB Colt McCoy and dropped the Seahawks to 1-4 at home on the season.

The loss felt like a deathblow to the hopes that Wilson and Carroll could engineer a late-season turnaround and make something out of a year that began with hope and high expectations.

After all the tiebreakers are put in play, the Seahawks have the second-worst record in the NFC, ahead of only winless Detroit.

Seattle’s offense is a sputtering mess that has left Wilson look less franchise and more feeble in his two games back from finger surgery. The Seahawks defense that had shown signs of progress regressed as McCoy took advantage of every coverage mistake made by Jordyn Brooks, Jamal Adams and others.

Carroll said many of the Seahawks veterans spoke up on Monday trying to give hope there could still be something accomplished this season. Seems those words should have come weeks ago.

"Where we are, we’ve got a challenge that we’re facing that we’ve got to turn and we want to turn this thing as fast as we can," Carroll said.

Whether it’s the inability of the offense to sustain drives or the defense not getting stops, nothing was working for the Seahawks on Sunday.

The list is too long to address all the problems here. The most glaring seems to be the disconnect between what Seattle’s offense should be under offensive coordinator Shane Waldron and what it is under Wilson’s direction.

Waldron was supposed to bring a Los Angeles Rams’ style offense to Seattle using motion and short passes to create big play opportunities. But it hasn’t translated into success and what is unclear is where the disconnect is happening. Is it the plays being called by Waldron? Or is it Wilson’s poor execution, making wrong decisions or changing plays?

Those questions won’t be answered in the middle of a season. But how the offense performs over the final seven games of the regular season and if the problems can be solved could determine the course of Seattle’s offseason.

Considering there’s not much going well for the Seahawks it’s worth noting the season of punter Michael Dickson. Dickson averaged 51.4 yards per punt on his five punts on Sunday. Three of the punts were inside the Arizona 20 and he had a long of 60 yards.

Dickson is averaging 47.3 yards per punt for the season and has 27 punts inside the opponents’ 20.

Arizona found where Brooks was and went to work picking on the second-year linebacker. While Brooks finished with a team-high 15 tackles and played well in the run game, it was not one of his better games at defending the pass. Brooks struggled badly slowing down Arizona’s Zach Ertz and often found himself lost in space or chasing receivers.

Seattle has been high on the raw talent Brooks has, but he must become better at reading and recognizing plays to take on a bigger role.

Seattle lost rookie starting cornerback Tre Brown to a patellar tendon in his left knee in Sunday’s loss. Carroll said Brown is expected to need surgery. It’s a big blow as Brown had played well since coming off injured reserve and provided stability to a position that was in flux. Brown and D.J. Reed appeared a solid duo for Seattle to build around moving forward.

Rashaad Penny suffered a hamstring strain on the first play of the game and while he returned briefly in the second half, he played just eight total snaps.

.300 — That’s the current win percentage of the Seahawks, which is the lowest for the franchise since Week 9 of the 2011 season when Seattle was 2-6.

The only way for Seattle to make something of this season means running the table the rest of the way, beginning with next Monday’s game at Washington. Seattle could end up competing with Washington for one of the final playoff spots, if the Seahawks can make a dramatic turnaround. But right now, that kind of turnaround seems unlikely to take place.