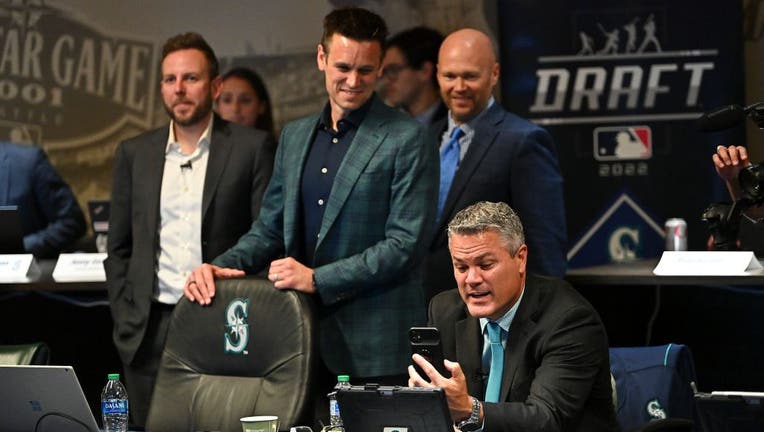 North Allegheny High School shortstop Cole Young headlined the list of 20 players selected by the Seattle Mariners over the three days of the MLB Draft.

The Pennsylvania prep standout is currently committed to play college at Duke University. Young, 18, has hit over .400 in each of the last two seasons at North Allegheny, including a .433 average with eight doubles, four triples, two home runs and 15 RBI during his senior season. In 201 career high school at-bats, Young struck out just 24 times with 15 of those coming during his freshman season.

"We’re not only getting a good hitter, we’re also getting a darn good baseball player who can play shortstop really well, and probably has the versatility to even go to second or third. But the bat is what impressed us, as well as the kid's make-up on and off the field."

Seattle stayed in the infield with their second round selection, taking Virginia Commonwealth infielder Tyler Locklear.

Locklear, 21, has played first and third base at VCU. He was a two-time All-American with 37 career home runs in college. He had a school-record 20 during his redshirt sophomore senior this year. He also holds the school record for single-season RBI with 78, set this year, and career slugging percentage at .304.

Locklear hit .402 with 25 doubles, 20 homeruns and two triples with 47 walks and 25 strikeouts this season for the Rams

The Mariners selected just four high school players in their 20 selections. Competitive balance round B selection Walter Ford was the second of those selections. Ford is just 17 years old and played for Pace High School in Miami Gardens, Fla. He had a 1.00 ERA with 126 strikeouts in 70 ⅓ innings pitched.

Hunter said the Mariners had signing agreements in place already with most of their draft class. Young is one of the players still without an agreement, but it's expected in the coming days.

"Pretty much every player – except maybe two we're still talking through on day three – but everybody else is pretty much got their plane reservations and their flights ready to meet in Arizona," Hunter said on Tuesday.

"Right now, we're still ironing out some details with Cole Young, but it looks like he'll fly into Seattle on Sunday. And Monday and Tuesday he'll go through his physical and possibly take batting practice and meet the big league skipper and be here for those two days before he heads to Arizona next Wednesday."

Hunter said they really focused on the collegiate ranks in the second half of the draft with the organization's success of developing lesser round pitchers into Major League arms. The last 11 selections Seattle made were college prospects with seven of those being pitchers.

University of Washington right-hander Stefan Raeth was Seattle's 17th round selection. A Lafayette, Calif. native, Raeth went 5-4 with a 3.39 ERA with 19 walks and 89 strikeouts in 66 ⅓ innings pitched for the Huskies this season.