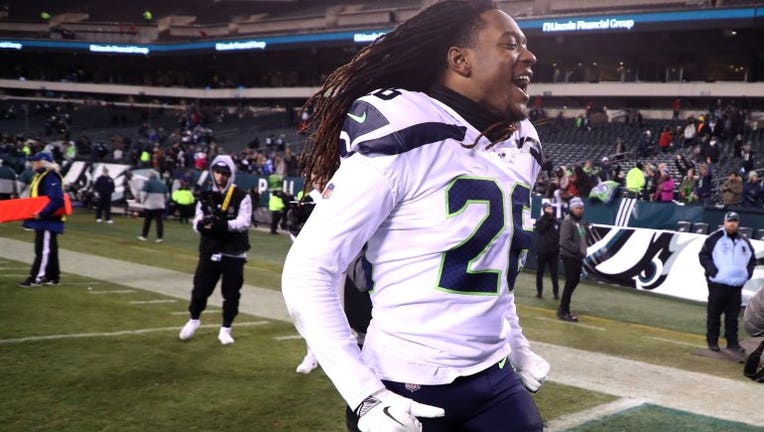 Shaquill Griffin #26 of the Seattle Seahawks runs off the field after the Seahawks defeated the Philadelphia Eagles at Lincoln Financial Field on January 05, 2020 in Philadelphia, Pennsylvania. (Photo by Rob Carr/Getty Images)

SEATTLE – Seattle Seahawks cornerback Shaquill Griffin will be heading to his first Pro Bowl after being added to the roster Monday, according to his agent.

The third-year player will be joining Russell Wilson and Bobby Wagner in representing the Seahawks on Sunday.

Griffin enjoyed a highly productive season and proved to be one of the most reliable stoppers on a secondary that suffered from injury and inconsistency.

Griffin will be replacing 49ers cornerback Richard Sherman as the team prepares for the Super Bowl.