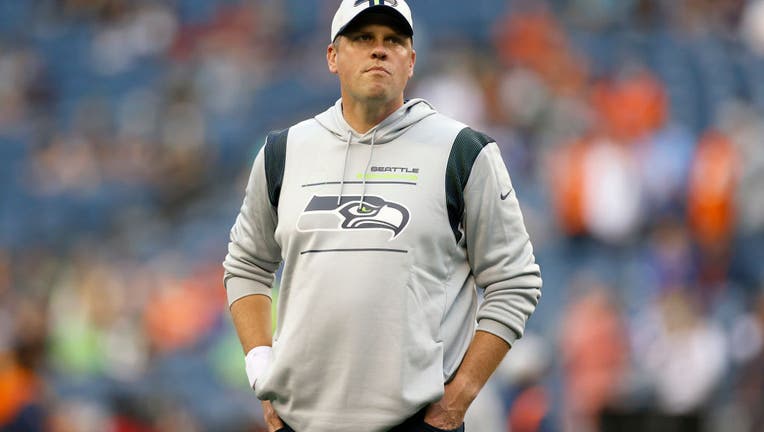 SEATTLE - Shane Waldron smiled and tried to laugh off the idea that with all the attention and compliments being thrown his way, he was some type of coaching rock star on the Seattle Seahawks’ staff.

At least he used an appropriate Seattle reference when shaking off the comparison.

"I don’t know about that. Far from that. Maybe (if) Eddie Vedder’s out here, but not me," Waldron said.

While he may not want to accept his status with the Seahawks, there is no questioning Waldron’s importance to what Seattle hopes to accomplish this season.

Hired as Seattle’s offensive coordinator last winter, Waldron has been tasked with modernizing the offense, finding new ways for Russell Wilson to thrive and in the process ensuring the franchise quarterback remains happy and successful enough to avoid another offseason of discontent and conjecture.

There could be major consequences if Waldron doesn’t succeed.

If the Seahawks have an offense that counters what their opponents are trying and puts Wilson in a position to succeed, then the future could be bright.

If the Seahawks falter, the offense isn’t potent and Wilson struggles, there could be massive changes going into next season.

"Being around Russell, it’s been nothing but awesome," Waldron said. "I mean, this guy is nonstop ball. He wants it all day, every day. Starting from the time you walk in the building till the time you leave, he’s ready to keep taking in more and more information. He wants to learn everything he can about every part of the offense."

Waldron was a largely unknown commodity when he was tapped as the replacement for Brian Schottenheimer. But he came with an impressive pedigree, history working in different systems and the recommendation of Los Angeles Rams coach Sean McVay.

In order to take the next step in his career, Waldron had to leave Los Angeles. Despite getting occasional chances to call plays and run the Rams’ offense the past couple of seasons, it was never going to be his system working alongside McVay.

"It’s been a goal of mine for a long time. I’ve been lucky enough to be in some places, especially my most recent stop with Sean McVay who did such a great job letting me continue to grow and develop as an assistant coach when I was there and getting some different opportunities along the way to help me prepare for this moment," Waldron said. "Like I said, I’ve been preparing for this moment my whole life and I’m excited to get the opportunity."

Getting the full picture of the differences between how Seattle operated in previous seasons and how the Seahawks will operate under Waldron has been murky. The vast majority of Seattle’s starters didn’t play in the preseason, leaving few clues of what the offense will look like on Sunday against Indianapolis.

There were key phrases that kept popping up during training camp. Tempo was one. Getting the ball out of Wilson’s hands was another. Crossing routes and intermediate passes? Those too.

And that’s just the passing game. Seattle has deep a stable of running backs who can run and catch the ball.

"I think we are going to be able to move the ball really well, we have confidence in what we are doing, and Shane and I are on the same page," Wilson said. "We have a great sense of what we’re trying to do and how we’re going to do it."

One person who’s anxious to see how it’ll play out is Pete Carroll. The Seahawks’ coach knew his offense needed to modernize after watching it stagnate during the second half of last season. Because of the way Seattle approached the preseason, his only glimpses have come in the controlled settings of practice.

He’s optimistic — Carroll is always optimistic. But it comes with a tinge of uncertainty.

"I would say I’m curious about the whole thing, the offense too. I’m curious about how it all fits together because you start all over and create a whole new life about this team," Carroll said. "I’m anxious and excited to see our guys go because we have guys in all of the right spots that we love. We are really looking forward to them pulling off the game plan."