A little girl from Detroit, Michigan, was inspired to dress up as US track and field star Sha’Carri Richardson after she saw the athlete on the news.

EUGENE, Ore. - American sprinter Sha’Carri Richardson didn’t get to run in the Tokyo Olympics this year, but she will get to race the women who took gold, silver and bronze next weekend.

Richardson, 21, has been confirmed for the 100-meter run 46th Prefontaine Classic — being held Aug. 20 - 21 at Hayward Field. She finished first at the U.S. Olympic trials in June, but was later removed from the Olympic team after she tested positive for marijuana.

Richardson accepted a 30-day suspension from the U.S. Anti-Doping Agency and said she used marijuana to cope with the death of her mother.

In her absence, Jamaican sprinters Elaine Thompson-Herah, Shelly-Ann Fraser-Pryce and Shericka Jackson swept the podium in the women’s 100-meter run. 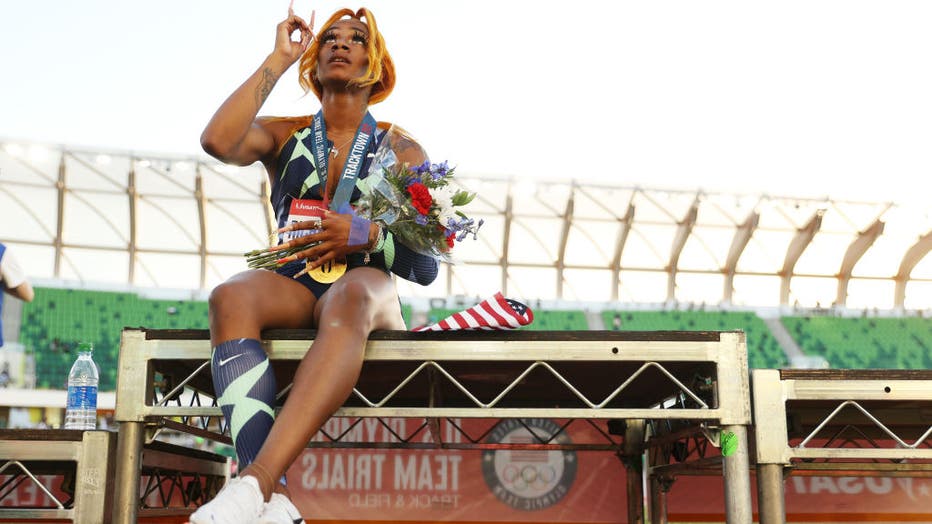 Thompson-Herah finished the race in 10.61 seconds, a new Olympic record. Fraser-Pryce took silver with a time of 10.74 and Jackson won bronze by running a 10.76.

Richardson’s 10.86 from the Olympic trials in June wouldn’t have won a medal in Tokyo, but her personal best from April — 10.72 — would have been good enough for silver.

Briana Williams will join her Jamaican countrymen on the track next weekend. Richardson will be running alongside Americans Javianne Oliver and Teahna Daniels.

Côte d’Ivoire’s Marie-Josee Ta Lou and Switzerland Mujinga Kambundji round out the rest of the field.