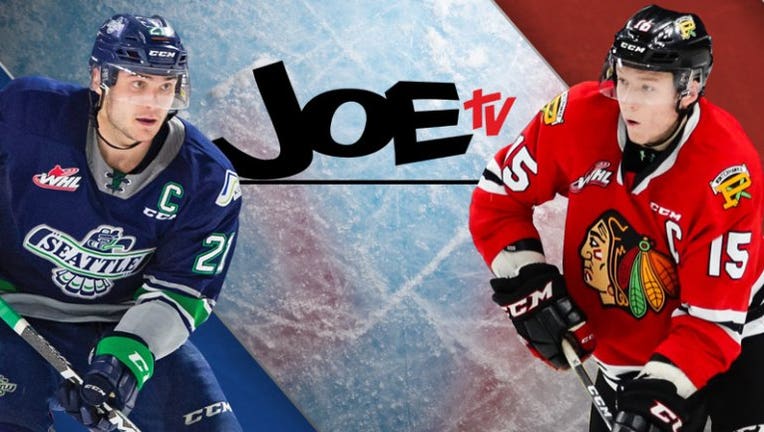 T-Birds Will Have 8 Games Broadcast on JOEtv This Season

KENT, Wash. — The Seattle Thunderbirds announced today they have partnered with JOEtv (KZJO) to broadcast eight games between the T-Birds and Portland Winterhawks during the 2019-20 season.

The first game to be broadcast is the game on Saturday, November 2, at 6pm at Veterans Memorial Coliseum in Portland.

“We are excited about our continued successful relationship with JOEtv,” said Colin Campbell, T-Birds Vice President. “We know hockey fans in the Pacific Northwest have come to enjoy seeing us play our biggest rival, the Winterhawks, on television eight times a season. We look forward to continuing to build on our partnership with JOEtv.”

“We are excited to continue our partnership with the Seattle Thunderbirds and bring live, local hockey to Seattle fans,” said Pam Pearson, SVP/General Manager, Q13 FOX/JOEtv. “Matchups between the T-Birds and Winterhawks are always exciting and we’re thrilled to bring additional exposure to this fun, regional rivalry.”

Veteran WHL play-by-play voice Ian Furness will have the call for the broadcasts.