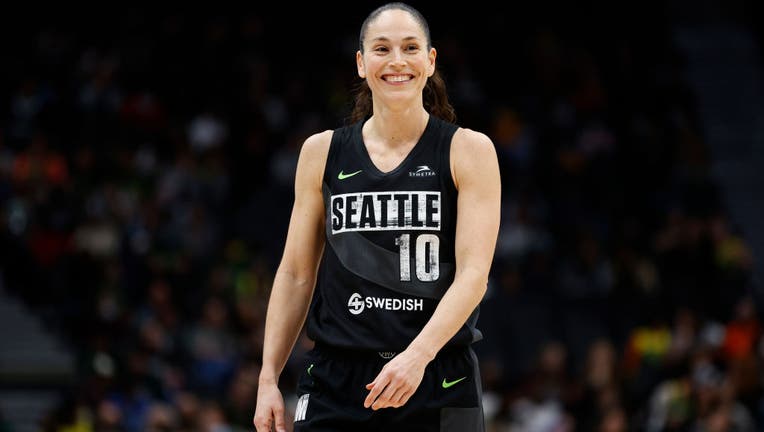 SEATTLE, WASHINGTON - MAY 06: Sue Bird #10 of the Seattle Storm smiles during the first half against the Minnesota Lynx at Climate Pledge Arena on May 06, 2022 in Seattle, Washington. NOTE TO USER: User expressly acknowledges and agrees that, by down

SEATTLE - The Seattle Storm will be retiring Sue Bird's No. 10 jersey this upcoming season.

The team announced on Thursday they will be honoring the point guard on June 11, when they host the Washington Mystics at Climate Pledge Arena.  There'll be a ceremony before tip-off.

Bird will be the second player in franchise history to have a jersey number retired. Her jersey will join Lauren Jackson's No. 15 in the rafters.

The Seattle Storm's Sue Bird played her final game after the team lost to the Las Vegas Aces in game 4 of the semifinals.

She was the overall No.1 overall pick in the 2002 WNBA, and was with the Seattle Storm for 21 of the franchise's 23 seasons. She finished her career as the WNBA’s all-time leading assist leader, finishing her career with 3,234 assists.