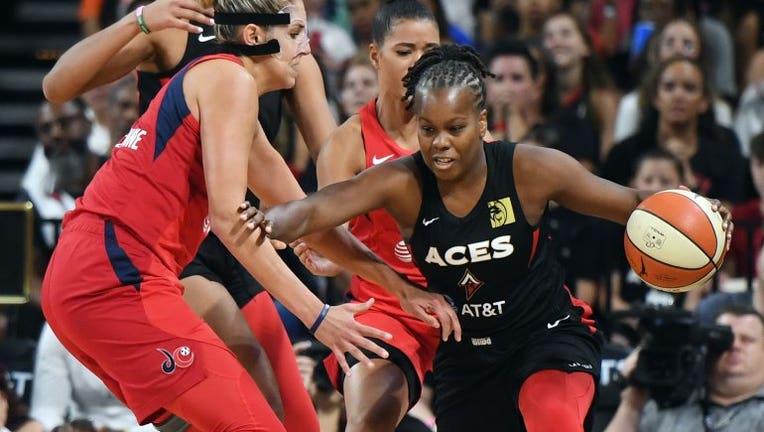 Epiphanny Prince #11 of the Las Vegas Aces drives against Elena Delle Donne #11 of the Washington Mystics during Game Three of the 2019 WNBA Playoff semifinals at the Mandalay Bay Events Center on September 22, 2019 in Las Vegas, Nevada. (Photo by Et

SEATTLE -- The Seattle Storm on Monday announced the team signed two-time WNBA All-Star Epiphanny Prince. The team did not release specifics of the deal.

Prince has been in the league for 10 years, averaging 13. 2 points, about three assists and two rebounds per game.

“I’m very excited about coming to the city of Seattle and joining a great organization,” said Prince. “I’m extremely grateful for this opportunity, and I can’t wait to get started with my new teammates and coaches.”

Prince has reached the postseason six times, most recently in 2019 with the Las Vegas Aces.

“Epiphanny’s tenure in our league has been an impressive one. Her skill and versatility in the backcourt add depth to our roster,” said Storm CEO and General Manager Alisha Valavanis. “She is a great fit on and off the court for the Storm and we’re excited to welcome her to Seattle.”

Prince is currently playing overseas in the Russian Premier League.