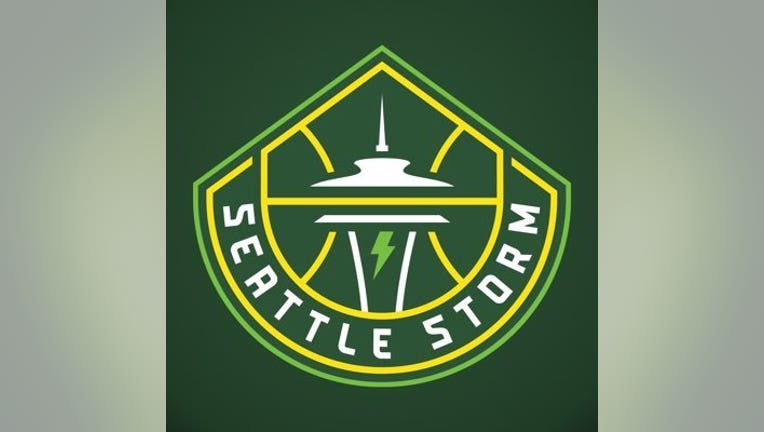 The logo remains green and yellow - combining aspects of Seattle's Space Needle, Mount Rainier, a basketball, and a lightning bolt.

"The new logo retains the iconic image of the Space Needle, which sits within basketball ribs," the Storm explained in the announcement. "Overlooking it all is the peak of Mount Rainier, representing Seattle’s home in the Pacific Northwest. At the center, a lightning bolt evokes the intensity, power, and purpose of the Storm identity both on and off the court."

Just a day earlier, the team announced that guard four-time WNBA Champion Sue Bird re-signed with the team for her 20th season. The 11-time All-Star has spent her entire WNBA career with the Storm after the franchise made her the No. 1 pick in 2002.

Bird and fellow guard Jorin Canada will raise the Seattle Storm flag with the new logo Wednesday at 2:00 p.m.

The team also announced a mural in Lower Queen Anne amid the team's social justice efforts:

"In partnership with global art activation agency Muros, a mural by artists Mari Shibuya and Zahyr celebrating the Storm’s new identity and continuing commitment to social justice efforts in Seattle will be installed on the Toulouse Petit building in on Mercer and Queen Anne Avenue, just a block from the Storm’s home in Climate Pledge Arena."