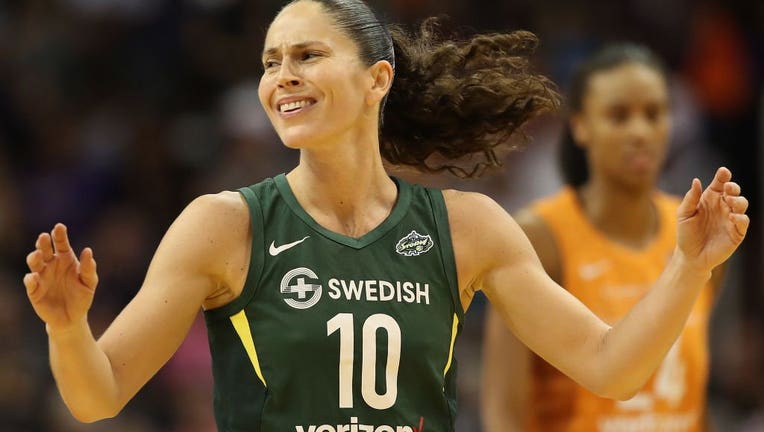 “The thing about Sue Bird is that she elevates everything she touches to a championship level,” said Storm CEO and General Manager Alisha Valavanis. “Whether it is leading the Storm, USA Basketball or her fearless pursuit of equality – Sue expects greatness from herself and others. This is exactly why she is an icon not just for Seattle but for the country, and we are thrilled to have her lead us again.”

Bird has spent her entire 18-year WNBA career with the Storm. She's the franchise leader in points, assists, field goals and steals.

She had to sit out for the entire 2019 season after having knee surgery in May 2019.

“It’s no secret how I feel about the city of Seattle and the Storm franchise. I’m a lifer and to be able to re-sign is extremely exciting,” said Bird. “I’m looking forward to getting back on the court with my teammates, and playing in front of our amazing fans.”

A member of each of Seattle’s three WNBA Championship teams, Bird has also earned four Olympic gold medals, four FIBA World Cup gold medals and one bronze as a member of the USA Women’s National Team.