NFL on FOX Week 1 schedule released, including Seahawks vs. Colts

SEATTLE - The Seattle Seahawks will face the Indianapolis Colts in Week 1 of the 2021 season, as announced first on Q13 News This Morning and Q13FOX.com.

The NFL on FOX Week 1 Schedule includes a doubleheader starting with the Seahawks at 10:00 a.m. PT on Sept. 12.

Seattle is playing at Indianapolis for the first time since October of 2013. They lost that game but went on to win the Super Bowl.

The Colts were 11-5 and a playoff team last year - losing in the Wild Card round - as did the Seahawks.

Fans were not able to attend Seahawks home games last season at Lumen Field due to the COVID-19 pandemic. 12s can sign up to be alerted about single-game tickets for the 2021 season here.

RELATED: Seahawks make most of 3 picks and hit needs in draft

This will be the second straight season the Seahawks have opened on the road. Seattle won its 2020 season opener in Atlanta. 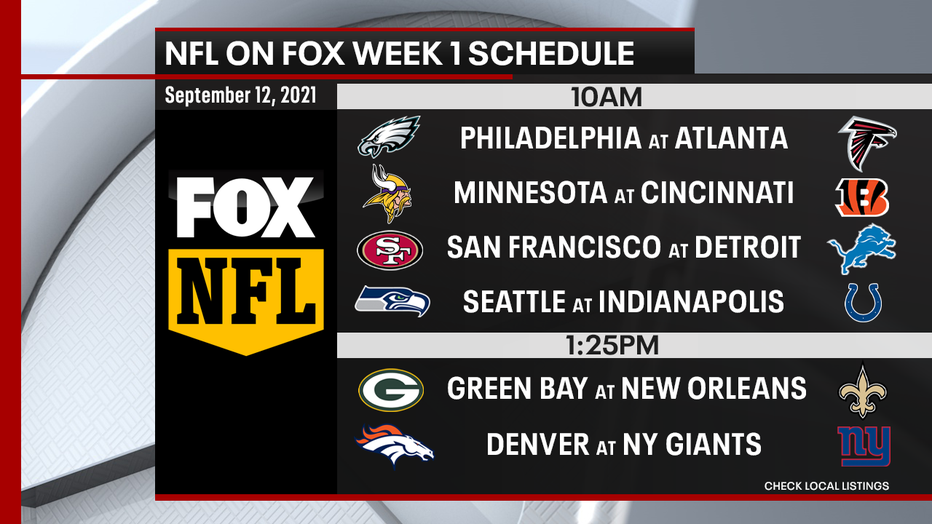 Here's a look at other Week 1 matchups as announced by the NFL:

The NFL is expanding the 16-game regular season to 17 games starting next season. The extra games will be made up of additional AFC vs NFC match-ups.

The league's full regular-season schedule will be released at 5:00 p.m. Wednesday.

RELATED: Seahawks say everything's fine with Wilson after speculation about future in Seattle

Q13 FOX is the official TV partner of the Seattle Seahawks, providing you exclusive access and interviews you can't find anywhere else.

Watch Q13 News at 5 on Wednesday for a game-by-game breakdown of the entire 2021 Seahawks' schedule with sports director Aaron Levine and former Seahawk Michael Bumpus. 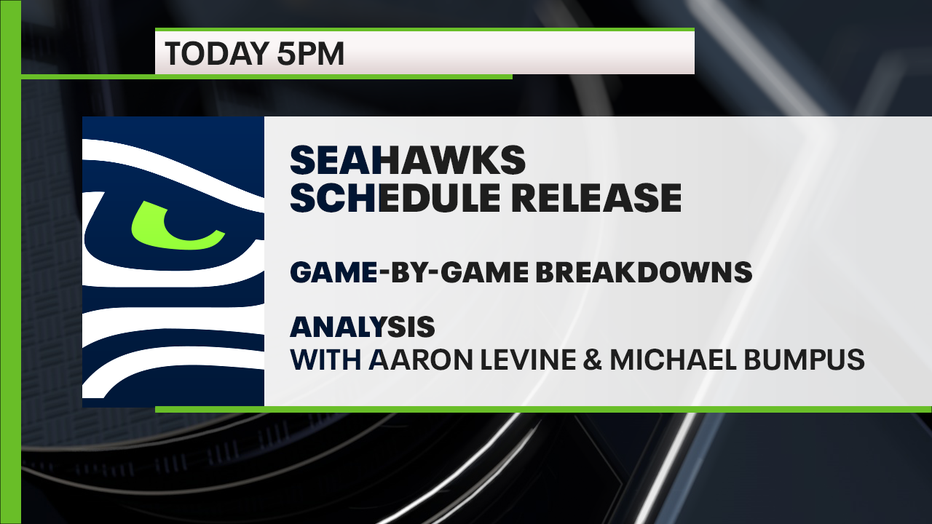 Stay connected with Q13 FOX on all platforms for the latest Seahawks news, scores and alerts: