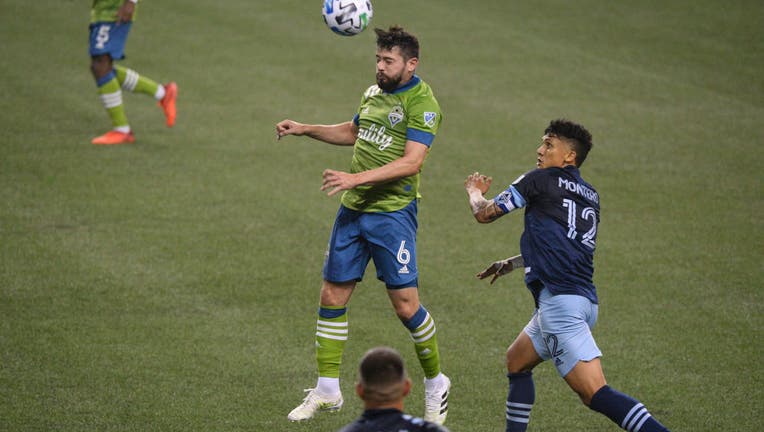 SEATTLE, WA - OCTOBER 03: Seattle Sounders midfielder Joao Paulo (6) goes up for a header during an MLS match between the Seattle Sounders and the Vancouver Whitecaps on October 3, 2020, at CenturyLink Field in Seattle, WA. (Photo by Jeff Halstead/Ic

SEATTLE - João Paulo scored early in the second and the Seattle Sounders scored all their goals after halftime in a 3-1 win over the Vancouver Whitecaps on Saturday night.

The match was a home game for Vancouver and was played at Century Link Field.

Paulo scored in the 46th minute from about 20 yards out to put Seattle (8-3-3) up 1-0. Seven minutes later, Vancouver’s Érik Godoy scored an own goal in an attempt to clear a center in front of the net. Raúl Ruidíaz scored his ninth goal of the season in the 58th minute on a header off a corner kick.

Freddy Montero got Vancouver (5-10-0) on the board when he scored on a penalty kick in the 65th minute.