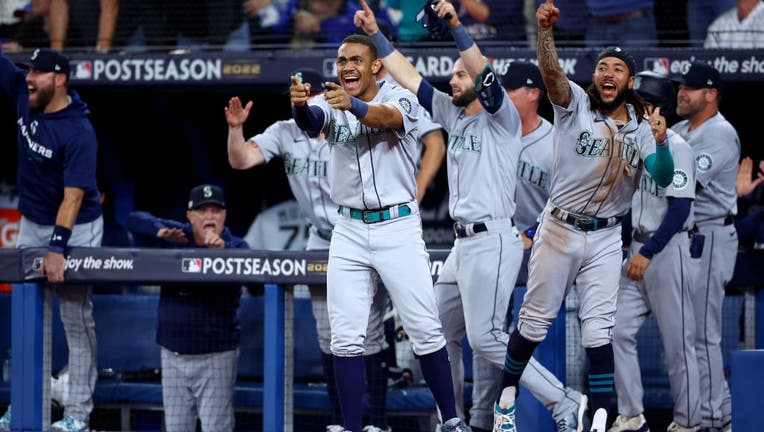 TORONTO, ONTARIO - OCTOBER 08: Julio Rodriguez #44 and J.P. Crawford #3 of the Seattle Mariners celebrate Adam Frazier #26 RBI double to take the lead against the Toronto Blue Jays during the ninth inning in game two of the American League Wild Card

Presale of single-game tickets launches Thursday at 10 a.m. for Mariners Mail and text subscribers, then opens to all fans Tuesday, Nov. 22.

Additionally, evening home games will now start at 6:40 p.m. The only exceptions include Opening Night on March 30 and the following Fireworks Nights:

Weekday afternoon games will not be affected.

Last season, the Mariners launched a pilot for earlier start times—6:40 p.m. instead of 7:10 p.m.—which was so well-received by fans they opted to make the change permanent.

For more information on next season's schedule, including start times, visit the Mariners website.