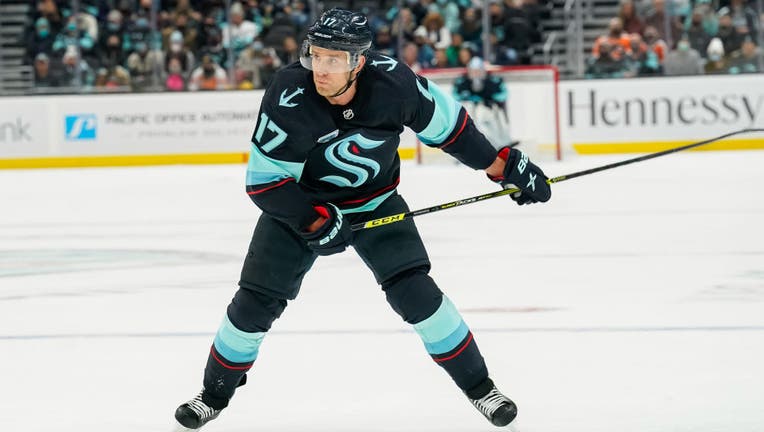 SEATTLE, WASHINGTON - DECEMBER 29: Jaden Schwartz #17 of the Seattle Kraken winds up for a shot during the first period of a game between the Philadelphia Flyers and the Seattle Kraken at Climate Pledge Arena on December 29, 2021 in Seattle, Washingt

SEATTLE - The Seattle Kraken will be without forward Jaden Schwartz for at least a month due to a hand injury that will require surgery, the team said Thursday.

Schwartz has not played since being injured on Dec. 29 against Philadelphia. He was a scratch in Seattle’s next two games and the decision to have surgery was made with the Kraken on an extended break due to postponements.

The team said Schwartz will miss four to six weeks.

Schwartz has six goals and 14 assists in 29 games for Seattle. He is tied for the team lead in assists and second on the team in points.

Schwartz is the second big loss for Seattle’s forward group after Brandon Tanev was lost for the season to a torn knee ligament last month.

Due to postponements, Seattle is off until next Monday when it plays at Colorado.