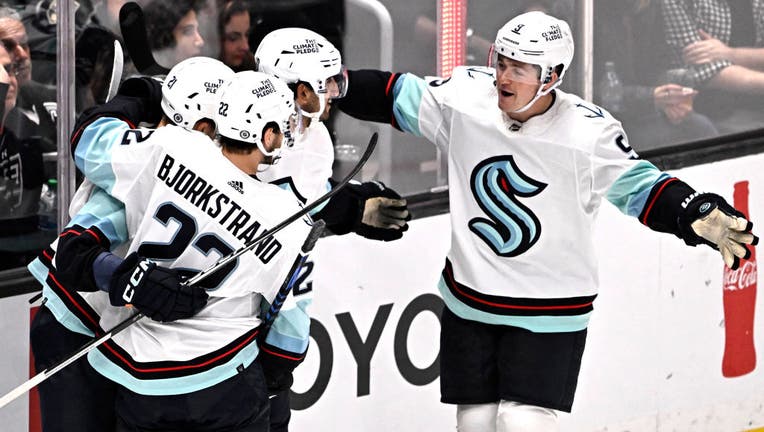 Los Angeles, CA - October 13: Alex Wennberg #21 of the Seattle Kraken celebrate after scoring against the Los Angeles Kings during the second period of a NHL hockey game at Crypto.com Arena in Los Angeles on Thursday, October 13, 2022. (Photo by Keit

SEATTLE - The Seattle Kraken take on the Vegas Golden Knights in their home opener at Climate Pledge Arena on Saturday.