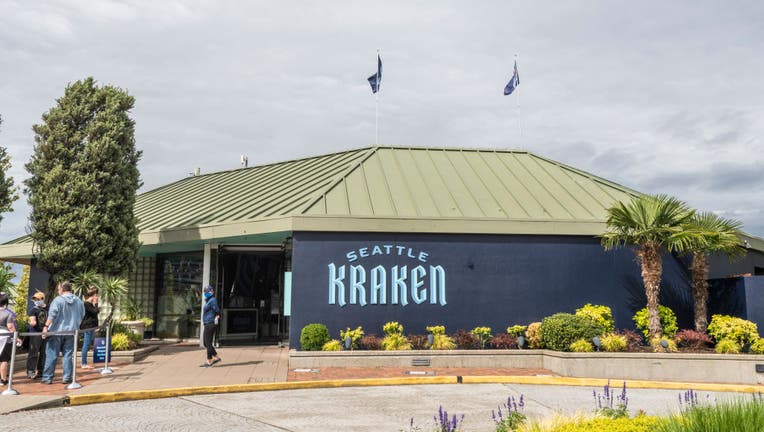 SEATTLE - Four years after the Vegas Golden Knights burst into the NHL by making 10 trades at their expansion draft, the Seattle Kraken came away with none.

That means no extra prospects, roster players or draft picks stockpiled because another team wanted to give up a certain player or keep from losing someone left unprotected by rules designed to make modern expansion teams competitive. Seattle was expected to flip some of the 30 players selected after the trade freeze lifts Thursday, but this was a much different expansion draft experience than Vegas had in 2017.

"Vegas did a good job taking advantage of the rules and sort of everyone’s lack of experience in that environment," Kraken general manager Ron Francis said. "Last time where GMs were more willing to, in a sense, overpay to protect certain assets, this time they learned from that and they weren’t willing to make the mistakes that they made last time."

Back-to-back Stanley Cup champion Tampa Bay did not give up anything to keep from losing valuable center Yanni Gourde, who will miss the start of Seattle’s inaugural season rehabbing shoulder surgery. Cup finalist Montreal didn’t need to convince the Kraken not to take star goaltender Carey Price. And Calgary didn’t pay up to keep captain Mark Giordano.

"You look around the league, there wasn’t a lot of deals," Treliving said. "If there was a way within means that made sense for this not to happen, we certainly would have pursued it."

Some teams didn’t even pursue a trade, anticipating Seattle would choose between a couple of obvious options.

Minnesota’s Bill Guerin, who bought out franchise pillars Ryan Suter and Zach Parise in part to prepare for expansion, said the Wild knew they would lose one player and didn’t want to make it worse.

"We would lose more assets than we already have, so this was kind of the way we approached it all along," Guerin said after Seattle took defenseman Carson Soucy over goaltender Kaapo Kahkonen. "It’s about being prepared and about having a plan for either circumstance."

Being prepared for a few years benefited the league’s other 31 teams. Seattle was awarded a franchise late in 2018 and the long runway to begin play in 2021 allowed GMs to plan ahead.

The salary cap remaining flat because of pandemic revenue losses added a curveball, but rivals used every last second to protect themselves and each other from the Kraken.

"Now there’s a flat cap that’s challenging a lot of teams from getting the players that Seattle could maybe flip, so it’s a whole different situation for Seattle and the other teams, as well, to do something around the expansion draft," Columbus GM Jarmo Kekalainen said Thursday. "Two different situations and two different drafts."

And Francis pointed out that Vegas not losing a player in this expansion draft — the Golden Knights don’t get a cut of Seattle’s $650 million entry fee — allowed the league’s 31st team to have an impact.

The Golden Knights on Saturday acquired center Brett Howden from the Rangers and were part of a three-team trade that landed them 2017 No. 2 pick Nolan Patrick and allowed Philadelphia and Nashville to shuffle their protected lists.

Teams were far more willing to help each other than lend Seattle a hand. Wanting to protect Alexander Kerfoot, Toronto trade for Jared McCann, who the Penguins were willing to give up for the right price understanding they needed to shed more salary — and got lucky the Kraken took Brandon Tanev’s big contract.

"Part of it was knowing that we’d probably lose another player and give us an opportunity to become cap compliant when we need to at the start of the season," Pittsburgh GM Ron Hextall said. "Very hard decisions to make."

The decisions aren’t done. Asked how many trades Seattle had agreed to that would become official Thursday, Francis said: "Probably a lot less than you guys are thinking might be."

Fortunately for the Kraken, the puck doesn’t drop this week and there’s plenty of time and salary cap space to get ready for training camp and opening night. They own the second pick in the draft Friday night and could be active in free agency when it opens July 28.

"A lot of opportunity to sort of tweak our lineup over the next four or five months," Francis said. "We’ll look to try and take advantage of that if we can."