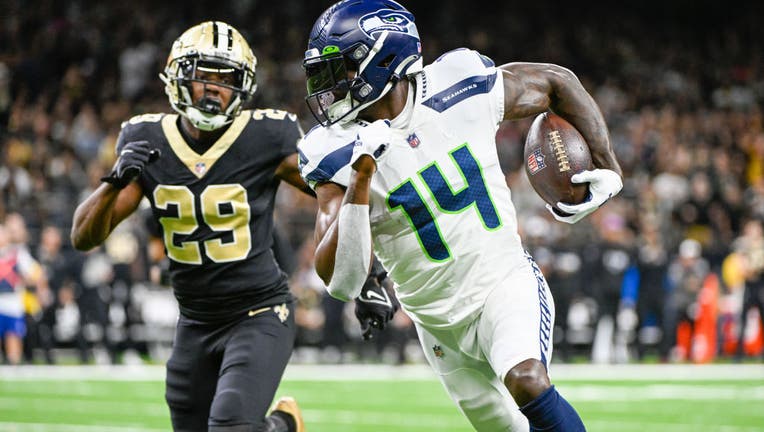 Seattle Seahawks wide receiver DK Metcalf has been ruled out for the remainder of Sunday's game against the Los Angeles Chargers due to a knee injury.

Metcalf appeared to be injured on a play late in the first quarter. He was covered on a deep throw by Chargers cornerback J.C. Jackson with two minutes left in the quarter. Metcalf was eventually carted back to the locker room from the sidelines and was ruled out fairly quickly by the Seahawks for the remainder of the game.

"He came down on his knee in an odd way," head coach Pete Carroll said after the game. "X-rays showed nothing there but we're going to have to take him back and get tested and checked out with MRIs and all that stuff to make sure."

Additionally, wide receiver Dee Eskridge left the game briefly in the second quarter after taking a shot to the head from Khalil Mack as both players chased an Eskridge fumble. He returned for a kickoff shortly afterward, however.

Seattle's wide receiver depth is being firmly tested as Tyler Lockett also came into the game battling a hamstring injury. Marquise Goodwin and Dareke Young remain available as options at the position.

If Metcalf's injury is significant, that would be a major blow to Seattle's offense going forward.