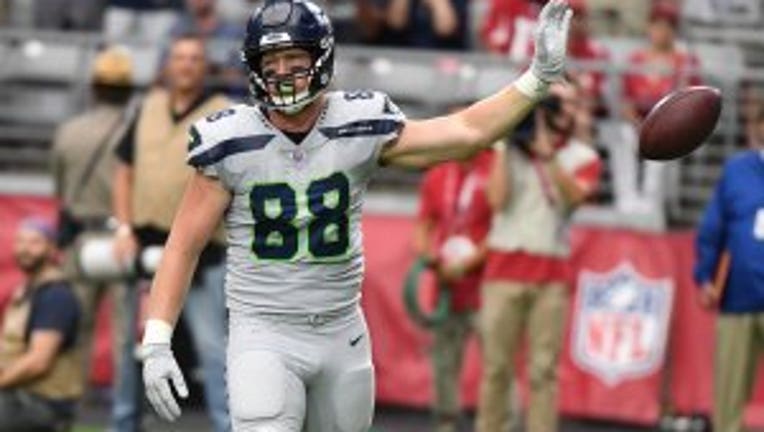 GLENDALE, ARIZONA - SEPTEMBER 29: Will Dissly #88 of the Seattle Seahawks throws the ball after making a reception during the second half of a game against the Arizona Cardinals at State Farm Stadium on September 29, 2019 in Glendale, Arizona. Seahaw

Dissly went down awkwardly early in the second quarter while attempting to make a catch in the endzone and limped off the field. Medical staff determined it was an injury to his left Achilles tendon.

After the game, coach Pete Carroll called the injury "serious."

Dissly has been one of Seattle’s biggest surprises of the year. Known as a blocker at UW, Dissly emerged as an offensive threat with four TDs through five games and quickly became one of Russell Wilson’s favorite targets.

He entered Sunday's game with 262 yards on 23 catches.

The tight end missed most of his rookie season after tearing his right patellar tendon in Week 4.

Dissly will undergo an evaluation to determine the severity of the injury.