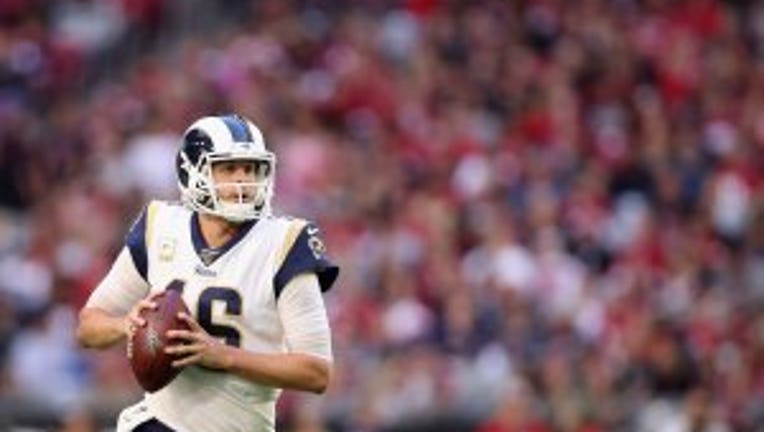 Quarterback Jared Goff #16 of the Los Angeles Rams drops back to pass during the first half of the NFL game against the Arizona Cardinals at State Farm Stadium on December 01, 2019 in Glendale, Arizona. (Photo by Christian Petersen/Getty Images)

LOS ANGELES -- Greg Zuerlein has made plenty of tougher field goals than the 44-yarder he pushed barely wide right through the Seattle night air two months ago.

The Rams' normally reliable kicker could have sent Los Angeles to a narrow win over the Seahawks. Instead, his miss with 11 seconds left in Seattle's 30-29 win might have changed the trajectories of two seasons that intersect again Sunday night at the Coliseum.

The Seahawks (10-2) have won eight of nine during a roll that began one week before that surprising reprieve from Zuerlein, and they've surged into first place in the NFC West with five straight victories. Seattle can already clinch a postseason berth with a win in LA.

That loss by the Rams (7-5) extended to the first three-game losing streak of Sean McVay's coaching career. After going 4-5 in their last nine, the defending NFC champions are one game out of the second wild card playoff spot, needing a big December surge to get in.

The stakes are huge when the Seahawks and Rams get together again in what's likely the final NFL night game in the history of the 96-year-old Coliseum. McVay knows there's only one likelihood in the latest chapter of this entertaining divisional rivalry.

"There's always been a good competitive balance between these two teams," McVay said. "This will be the sixth time we've played them (with the Rams' current coaching staff), and the first five have been tough challenges every single time. The ones last year came down to one possession. The last three have been closely contested. That's a great football team."

The Seahawks got a bit lucky in their last meeting with the Rams, but their tenacity has shown throughout the season. Seattle is an incredible 8-1 in games decided by seven points or fewer, and Carroll anticipates another test in his return to the Coliseum.

"As we go against them, we're just going to try to hold it together and play good football and take care of the ball," Carroll said. "See if we can come out on top somehow at the end." 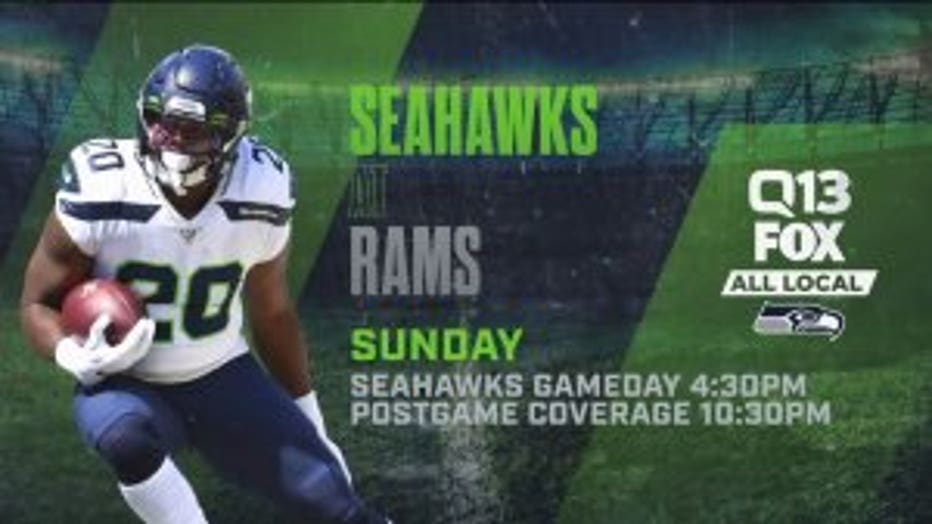 Here are more things to know about the NFC West showdown:

In all likelihood, this will be Carroll's last trip to the Coliseum as a head coach with the Rams set to move into their new palace in Inglewood next season.

There were a lot of memories for Carroll from his time at USC when the Seahawks made their first visit back to the Coliseum in 2016 -- a forgettable 9-3 loss for Seattle. Since then, the nostalgia has worn off. Carroll said it was different anyway being the visiting team in that venue.

"It's really fun to go to the Coliseum. For me, honestly, it is, but it's not the same thing. You're not coaching the Trojans. That's a whole different experience. I can't even relate it to you," Carroll said.

McVay's inexplicable season-long reluctance to use Todd Gurley could be ending, which could be bad news for opponents. The Rams' $60 million running back got 19 carries last week at Arizona, and he had 25 two weeks earlier against Chicago. McVay attributes the uptick in Gurley's workload to "me not being an idiot." The coach continues to insist he wasn't resting Gurley for the stretch run, yet the star running back is rested and ready for a big finish.

No surprise, the Seahawks are really good at running the football. The difference the past two weeks is it's not being done by just one player. The duo of Chris Carson and Rashaad Penny has run through two of the better run defenses in the league in the past two weeks. They combined for 155 yards in the win over Philadelphia with Penny rushing for a career-best 129 yards. Last week against Minnesota, the Seahawks rushed for a season-high 218 yards as a team, which included 102 from Carson and 74 from Penny. It was the third time in Carroll's tenure the Seahawks had two running backs rush for at least 74 yards in the same game.

Seattle had 167 yards rushing in the first meeting with the Rams.

The Rams will present Wilson with a thoroughly revamped secondary. Starting cornerbacks Marcus Peters and Aqib Talib played nearly every snap of the early-season game in Seattle, but both veterans are gone and starting safety John Johnson is on injured reserve. Star cornerback Jalen Ramsey gets his first look at Tyler Lockett and Wilson since 2017, when he made an interception in a win for the Jaguars. Wilson might be more focused on the other side of the defense, where Troy Hill likely will try to hang in against rookie D.K. Metcalf.

Johnson has been replaced by a familiar face in Seattle: rookie Taylor Rapp, who grew up in Bellingham and starred at the University of Washington.

Seattle's secondary also has gone through a facelift since the last time it played the Rams. Shaquill Griffin and Tre Flowers are still the starting cornerbacks, but the addition of Quandre Diggs at safety has changed some of the defenses Seattle has played. The addition of Diggs playing in concert with Bradley McDougald has allowed Griffin and Flowers to be more aggressive on the outside. It's part of the reason Seattle has forced 11 turnovers in the past three games, including four interceptions.