SEATTLE - The Seattle Seahawks will play their 2021 home games in a stadium full of 12s.

The team announced Tuesday that it has received local, state and NFL permissions to open Lumen Field at full-capacity for the upcoming season.

"Can't wait to see those 12s," Seahawks coach Pete Carroll said. "I know they're coming, I know somebody is going to be in those stands. Can't wait to get you out there."

The Seahawks went 12-4 last season, the best in the NFC West, but they played all their home games at an empty Lumen Field, typically one of the loudest places to watch sports.

"You never know what it's like to not have something until you don't have it," star receiver Tyler Lockett said. "I always call it a concert because that's what it feels like ever since I first stepped on that football field. And so when the fans come back, it's time to get it going." 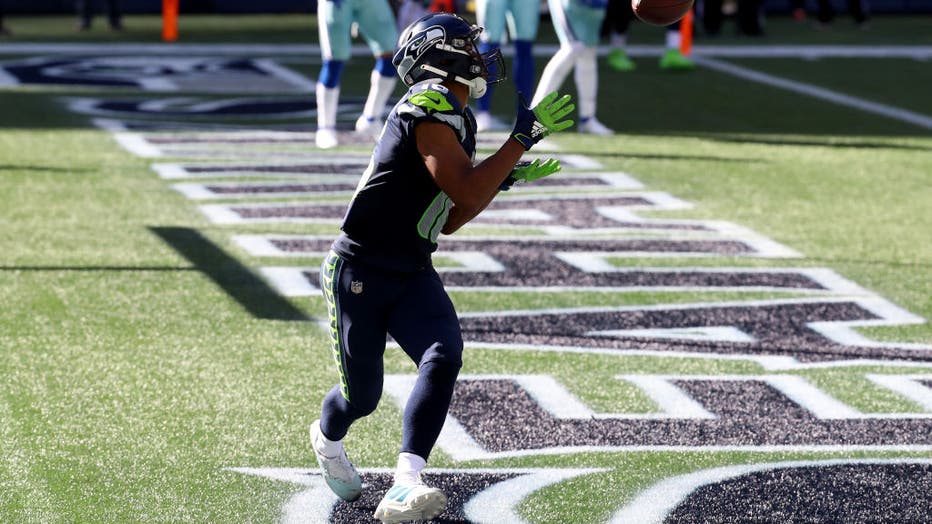 SEATTLE, WASHINGTON - SEPTEMBER 27: Tyler Lockett #16 of the Seattle Seahawks catches a one yard touchdown pass against the Dallas Cowboys during the second quarter in the game at CenturyLink Field on September 27, 2020 in Seattle, Washington. (Photo

T-Mobile Park will open at full capacity starting July 2, two days after the state is set to fully reopen its economy on June 30.

Seattle will start the season with three of its first four games on the road, taking on its first NFC West opponent, San Francisco, in Week 4.

The Seahawks then have their first prime-time game on Oct. 7 when they face the LA Rams on Thursday Night Football on FOX.

Seattle has its Bye in Week 9.

The Seahawks then face Green Bay and Arizona before heading to the other Washington for a Monday Night Football game. Then a couple of road games to take on Houston and the LA Rams.

The final three games of the season include two home games against Chicago and Detroit. Seattle wraps up the season on the road at Arizona on Jan. 9 on FOX.

Changes ahead this season

The NFL is expanding the 16-game regular season to 17 games starting in 2021. The extra games will be made up of additional AFC vs NFC match-ups.

At the same time, the preseason will be reduced to three games starting this year. All three preseason games can be seen on Q13 FOX, the official TV partner of the Seattle Seahawks.