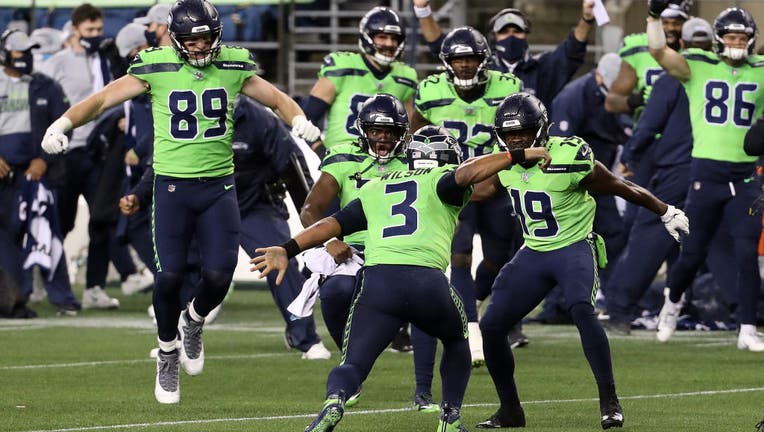 SEATTLE - The Seahawks' infamous Action Green is back.

Seattle plans to wear its lucky Action Green jerseys for a Thursday Night Football matchup against the Los Angeles Rams.

The team tweeted Tuesday "Who's ready for some… ACTION GREEN."

The Seahawks are 4-0 when wearing all Action Green jerseys.

Coverage begins at 3:00 p.m. Thursday with Seahawks Gameday on FOX 13, your official home of the Seattle Seahawks.

Kickoff is at 5:20 p.m. Then stick around for Seahawks Gameday postgame coverage.

Seattle is coming off of a short week. Russell Wilson overcame a shaky start to throw for two touchdowns and run for a third and the Seahawks rebounded from back-to-back losses by beating the San Francisco 49ers 28-21 on Sunday.

After Thursday's game, the Hawks get extra time to prepare for their next game which will be on the road against the Pittsburgh Steelers on Sunday, Oct. 17.