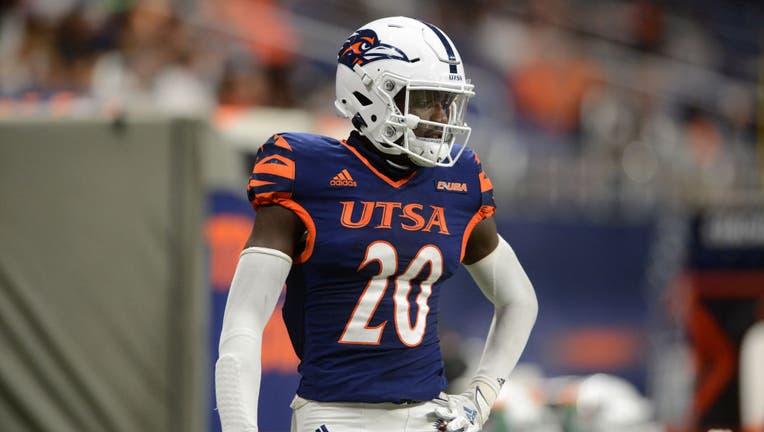 Seattle traded down from their initial selection at No. 145 overall and picked up an extra seventh-round pick, No. 233, in the process. When they went back on the clock at pick No. 158, they took Woolen, who earned the nickname "Riq the Freak" for his outstanding athleticism.

Woolen, who turns 23 on Monday, began his career at UT-San Antonio as a wide receiver before transitioning to cornerback late in the 2019 season. Woolen said he wasn't initially in favor of making the switch but grew to love the position during his final two years with the team.

"I ended up falling in love with it and honing in on my craft," he said.

"It's just crazy to be in kind of the same footsteps as him. Now it’s what I do when I get there," Woolen said.

Woolen racked up 60 tackles with two interceptions and 11 passes defended during his two full seasons on defense.

Woolen is still learning the position and will need to develop at the next level. But his size and speed bring ideal traits for the position.

Smith, 22, was a three-year starter at Ohio State at left defensive end. He battled injuries throughout his college tenure that limited his availability and production. In 10 games played as a senior, Smith had 26 tackles with five for loss and three sacks. He also had a forced fumble.

"I definitely feel like what makes me so good is my motor, just how I am all throughout the game," Smith said. "I’m just always attacking pass rushing wise and I feel like I am quick off of the ball and my get off gives me the upper hand over my opponents. I feel like that’s what helps me the most to be dominant."

Smith said the Seahawks told him they see him as a stand-up outside linebacker in their scheme. 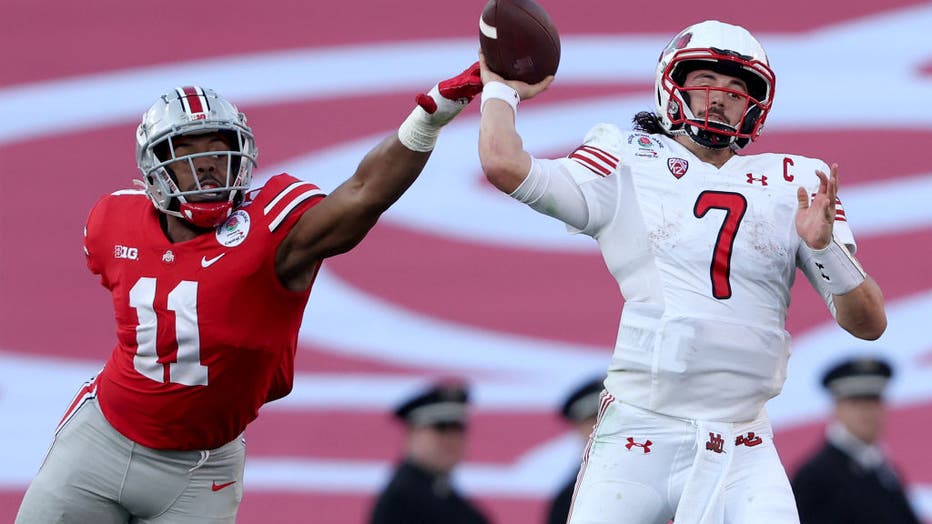 PASADENA, CALIFORNIA - JANUARY 01: Cameron Rising #7 of the Utah Utes throws a pass as Tyreke Smith #11 of the Ohio State Buckeyes pressures him during the first half in the Rose Bowl Game at Rose Bowl Stadium on January 01, 2022 in Pasadena, Califor