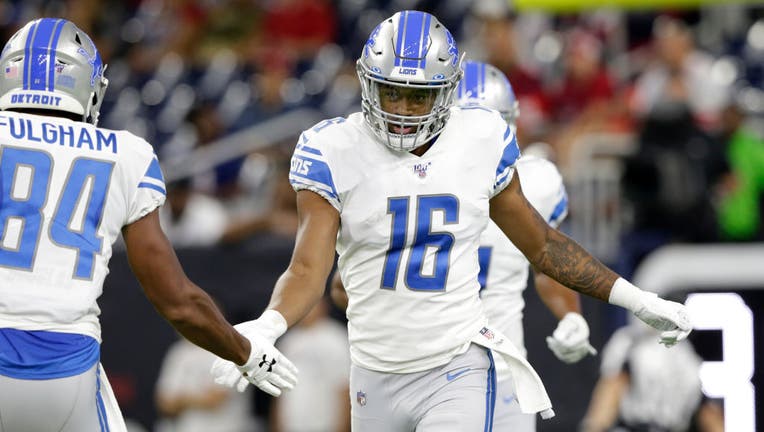 HOUSTON, TX - AUGUST 17: Deontez Alexander #16 of the Detroit Lions is congratulated by Travis Fulgham #84 in the second half against the Houston Texans during the preseason game at NRG Stadium on August 17, 2019 in Houston, Texas. (Photo by Tim Warn

Alexander, 25, spent time with the Detroit Lions in 2018 and 2019 after signing with the team as an undrafted free agent out of Division III Franklin College (Ind.). He caught two passes for 17 yards in the 2019 preseason for the Lions but has not appeared in a regular season game.

Kassis, 24, graduated from Montana State after the 2019 season. However, the COVID-19 pandemic eliminated pro day scouting opportunities at the school over the previous two years. He took part in this year's event and found a way to get the Seahawks' attention.

Kassis had 1,966 receiving yards on 152 receptions with nine touchdowns in two seasons played at Montana State.