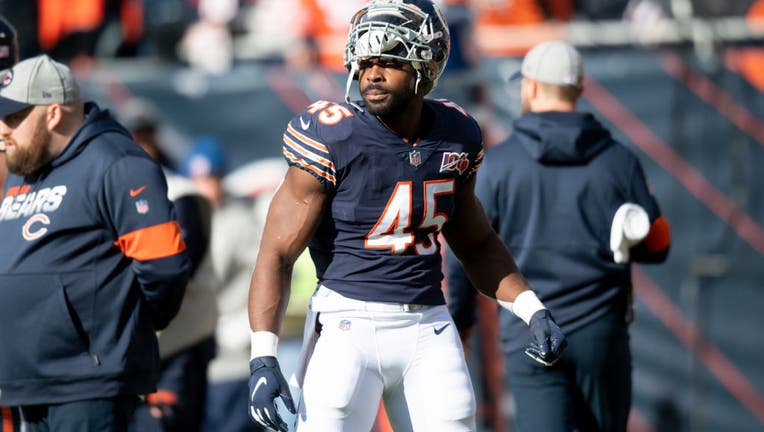 CHICAGO, IL - NOVEMBER 24: Chicago Bears Linebacker Joel Iyiegbuniwe (45) warms up prior to an NFL football game between the New York Giants and the Chicago Bears on November 24, 2019, at Soldier Field in Chicago, IL. (Photo by Patrick Gorski/Icon Sp

Via Doug Kyed of Pro Football Focus, the deal for Iyiegbuniwe is a one-year deal worth just shy of $1.2 million. The agreement with Iyiegbuniwe was first reported by Michael-Shawn Dugar of The Athletic.

Iyiegbuniwe, 26, has appeared in 58 career games for the Bears over the last four seasons. Most of his time on the field has come on special teams units as he's played just 49 defensive snaps in his career.

"That was a big thing, the fit, competing," Iyiegbuniwe said, via a team release. "I want to be a starter, I want to be a dominant player, so the opportunity is one thing I'm excited about. It's a perfect opening and I want to take advantage."

Iyiegbuniwe was a fourth-round pick of the Bears in 2018 out of Western Kentucky. He has 29 tackles with one pass defended and a forced fumble for his career.