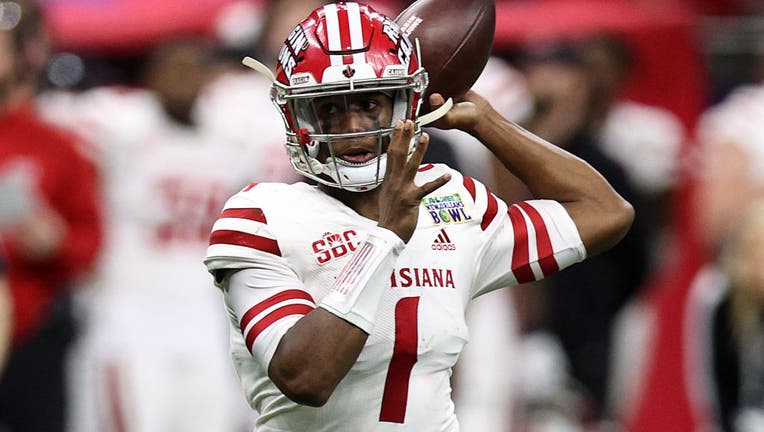 RENTON, Wash. - The Seattle Seahawks signed four of their nine draft picks and added 14 undrafted free agents to the roster ahead of the start of the team's rookie mini-camp on Friday.

The undrafted class is fronted by Louisiana-Lafayette quarterback Levi Lewis. Lewis is the only quarterback the Seahawks have added to the roster since the trade of Russell Wilson to the Denver Broncos in March. Seattle received Drew Lock in return from Denver in the deal and he'll compete with Geno Smith for the starting job. But Lewis is the first quarterback to sign with the team this offseason.

Lewis is undersized at just 5-foot-8 and 187 pounds. He was productive during his four-plus years at Louisiana-Lafayette, throwing for 9,191 yards with 74 touchdowns and 18 interceptions.

The mini-camp this weekend can only consist of rookies and players without accrued seasons of service time. That usually includes players that have spent time on practice squads but have not appeared in many, if any, regular season games. The team will also have several players at camp as tryout players as well.

Draft picks do not have to be signed to take part in the rookie mini-camp. The entire class will be able to participate despite only four being under contract.