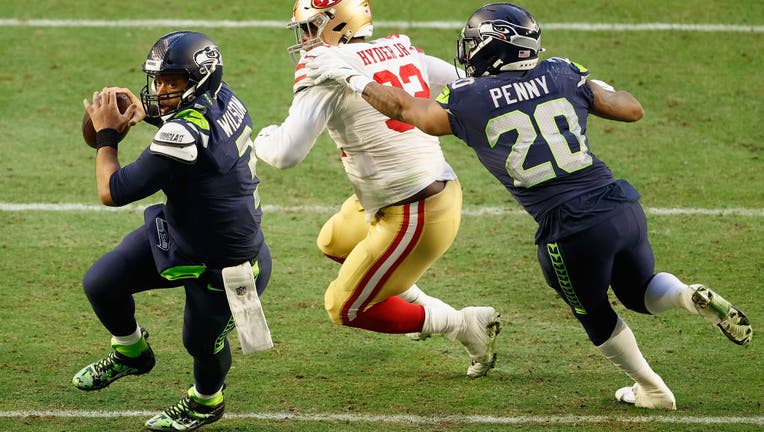 GLENDALE, ARIZONA - JANUARY 03: Quarterback Russell Wilson #3 of the Seattle Seahawks avoids a tackle from defensive end Kerry Hyder #92 of the San Francisco 49ers during the second half of the NFL game at State Farm Stadium on January 03, 2021 in Gl

Hyder signed a 3-year, $17.5 million contract with the Seahawks, according to Nick Wagoner, an ESPN NFL reporter with a focus on the San Francisco 49ers, citing Hyder's representative.

His signing leaves only 20 players on the top 100 unsigned, according to Sports Illustrated.