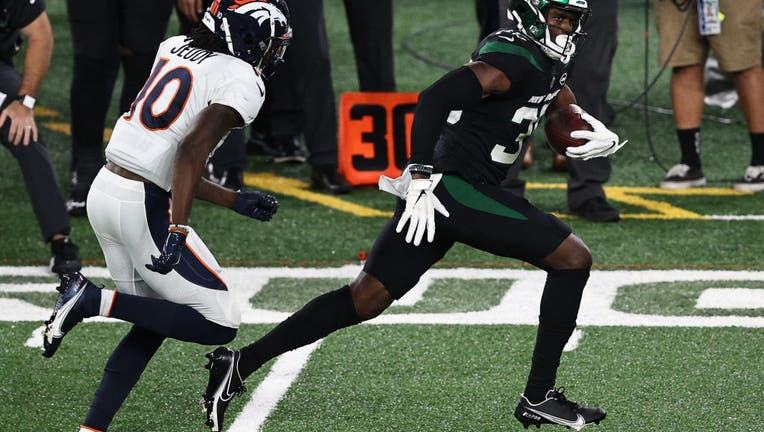 EAST RUTHERFORD, NEW JERSEY - OCTOBER 01: Pierre Desir #35 of the New York Jets runs back an interception for a touchdown against Jerry Jeudy #10 of the Denver Broncos during the fourth quarter at MetLife Stadium on October 01, 2020 in East Rutherfor

RENTON, Wash. - The Seahawks said Friday that the team signed free agent Pierre Desir, a familiar face in Seattle. ESPN reports that the deal is for one year.

Desir, 30, returns to Seattle after time with the Indianapolis Colts and New York Jets. Last season, he had three interceptions, including a pick-six, in nine games with the Jets.

He spent part of the 2016 season on the Seahawks' practice squad and in the 2017 preseason before he was waived.

Desir will bring competition to the cornerback position along with D.J. Reed, Tre Flowers, Damarious Randall and Ahkello Witherspoon.