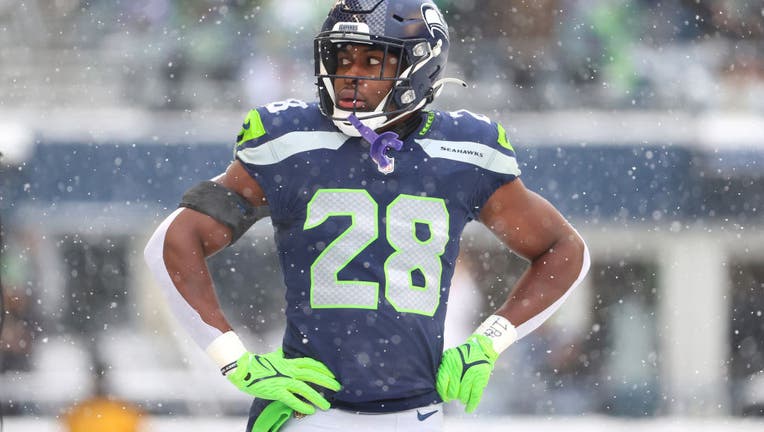 SEATTLE, WASHINGTON - DECEMBER 26: Ugo Amadi #28 of the Seattle Seahawks looks on against the Chicago Bears during the first quarter at Lumen Field on December 26, 2021 in Seattle, Washington. (Photo by Abbie Parr/Getty Images)

The deal involves players who haven’t completely lived up to the expectations their teams had when they drafted them. Amadi has played mostly as a nickel cornerback and backup safety for the Seahawks. Arcega-Whiteside has struggled to get involved offensively for the Eagles and was switched to tight end this offseason.

Seattle is likely to keep Arcega-Whiteside as a wide receiver due to the team’s depth at tight end.

Amadi was a fourth-round pick in 2019 and has started 12 of 47 regular season games. Seattle signed nickel cornerback Justin Coleman in the offseason and has used rookie Coby Bryant in that spot during training camp.

Arcega-Whiteside was a second-round selection in 2019 and has been maligned for his lack of production while the likes of DK Metcalf, Dionte Johnson and Terry McLaurin were selected after him. Arcega-Whiteside has 16 career receptions in 40 games played.

"He was a heavier wide receiver, and it’s not going to be hard for him to put on some weight and take his athleticism over to the tight end side where he can create a little bit different mismatches there against safeties and linebackers as opposed to corners and nickels. So, I think that will help J.J.," Eagles coach Nick Sirianni said in April.