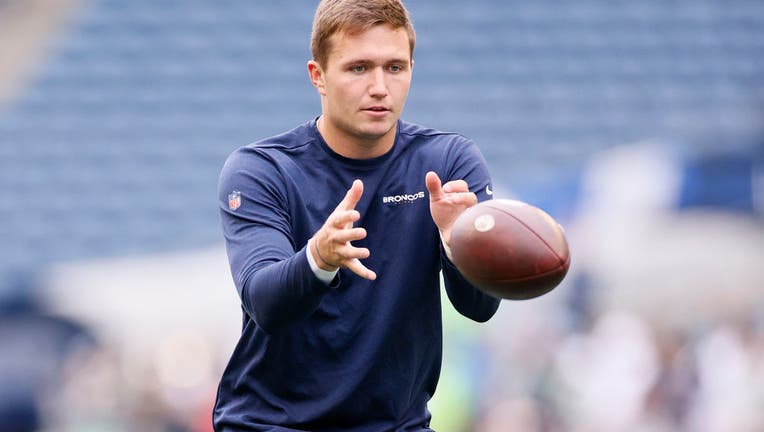 RENTON, Wash. - The Seattle Seahawks endured its worst season of Pete Carroll’s tenure, missing the playoffs for just the third time in his 12 seasons in charge.

Seattle finally experienced life without QB Russell Wilson because of a finger injury that cost him three games.

The Seahawks will learn more about life without Wilson after he was dealt in a blockbuster trade with Denver during the offseason. S Jamal Adams (shoulder), RB Chris Carson (neck) and CB Tre Brown (knee) all had their seasons cut short by major injuries.

Seattle did close the season with wins in four of its last six, highlighted by the best stretch of RB Rashaad Penny’s young career.

CAMP NEEDS: Some contract certainty for star WR DK Metcalf is at the top of the list. Metcalf surprisingly skipped the Seahawks mandatory minicamp in June while work continues on a contract extension. Seattle’s offensive line is likely breaking in three new starters and making sure rookies Cross and Lucas are ready to go will be key.

KEY CAMP COMPETITIONS: It’s all about the quarterbacks and whether Geno Smith or Drew Lock wins the starting job. Smith has been the leader in the competition during the offseason but mostly due to his time spent in offensive coordinator Shane Waldron’s system last season. Lock should be given plenty of opportunity in scrimmages and preseason games to show whether he has made up ground on Smith and is capable of being Seattle’s starter.

EXPECTATIONS: No matter who ends up under center, the Seahawks expect to be competitive. But there’s also a realization that this offseason was a reset of the franchise with the decision to move on from Wilson and that it may take a season or two to see the kind of progress that puts Seattle back on track to being a contender in the loaded NFC West. Seattle believes it can be nasty defensively with changes to its scheme and talented pass rushers such as Darrell Taylor and Mafe to go along with young inside linebacker Jordyn Brooks. The offense should look more like it did a decade ago when Wilson was in the infancy of his career and big pass plays were predicated by a strong run game. Seattle may not have a ton of success but it could be a foundational season for the future.

RELATED: Jody Allen releases statement that Seahawks, Trail Blazers not for sale, yet