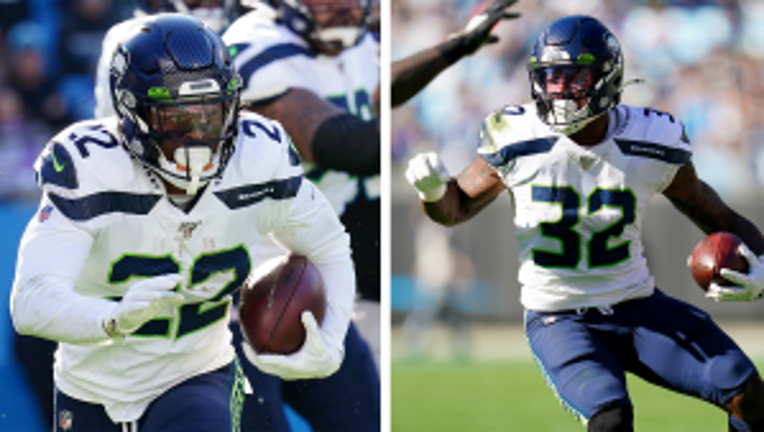 SEATTLE – The Seattle Seahawks’ rushing offense took a devastating hit Sunday during the team’s 27-13 loss to the Arizona Cardinals.

Running backs Chris Carson and C.J. Prosise were both seriously injured during the matchup. Carson suffered a hip injury, while Prosise suffered an arm injury. Neither returned to the game.

After the game, coach Pete Carroll said that Prosise broke his arm and will be out for the rest of the year. Carson will still be evaluated, but Carroll added that a preliminary examination doesn't look good.

"My guys are telling me that it looks like Carson is done for the season," he said.

The team was already without Rashaad Penny who is out for the rest of the season with an ACL injury.

Before the injury, Carson was fifth in the NFL in rushing with 1,230 yards and earned seven touchdowns.

Carroll says rookie Travis Homer will serve as the team's starting running back for the remainder of the season and into the playoffs.