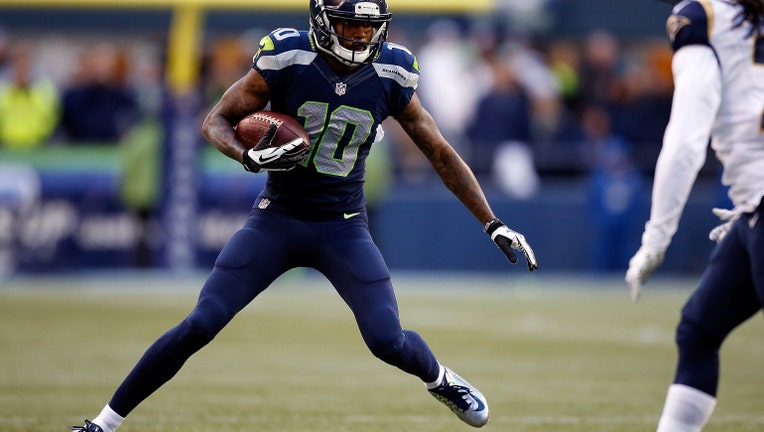 Wide receiver Paul Richardson #10 of the Seattle Seahawks runs with a pass reception during the third quarter of the game against the St. Louis Rams at CenturyLink Field on December 28, 2014 in Seattle, Washington. (Photo by Otto Greule Jr/Getty Imag

RENTON, Wash. (AP) — Rookie wide receiver Paul Richardson will miss the rest of the playoffs for the Seattle Seahawks after suffering a torn anterior cruciate ligament in his left knee.

Richardson was injured in the second half of Seattle's 31-17 win over Carolina in an NFC divisional playoff game on Saturday night.

Richardson landed hard on his left knee jumping for a deep pass from Russell Wilson and walked off the field with a significant limp. He did not return.

Richardson also tore the ACL in his left knee in college at Colorado.