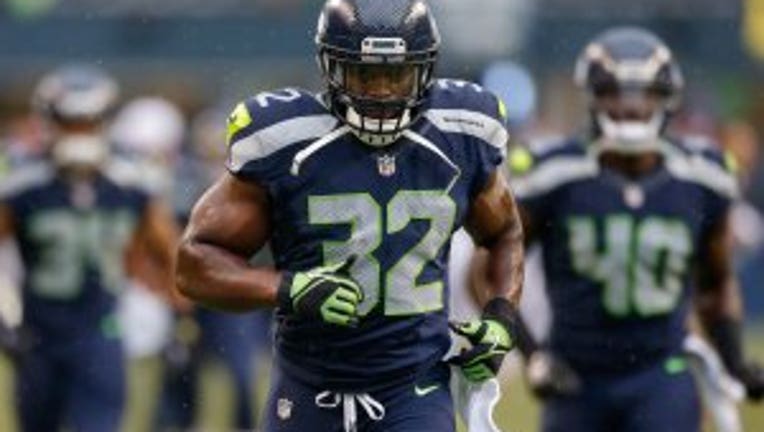 Running back Robert Turbin #32 of the Seattle Seahawks warms up prior to the game against the Denver Broncos at CenturyLink Field on August 14, 2015 in Seattle, Washington. (Photo by Otto Greule Jr/Getty Images)

SEATTLE – Free-agent running back Robert Turbin is back with the Seattle Seahawks after signing with the team Monday, according to ESPN Senior NFL reporter Adam Schefter.

Turbin himself tweeted the message "No place like home," and a photo of him in the Seahawks locker room on Instagram.

The Seahawks drafted Turbin in 2012 and played three seasons with the team backing up Marshawn Lynch during back-to-back trips to the Super Bowl.

Seattle is in dire need of rushing depth after losing starting running back Chris Carson to a broken hip and backups Rashaad Penny and C.J. Prosise each suffering their own season-ending injuries.

Lynch is also in negotiations for a return to Seattle. Rookie Travis Homer is currently the only other active running back for the Seahawks, and the team has room to sign more than one player.

Seattle will host the San Francisco 49ers Sunday, December 29 in a crucial regular-season finale that will decide which team tops the NFC West.