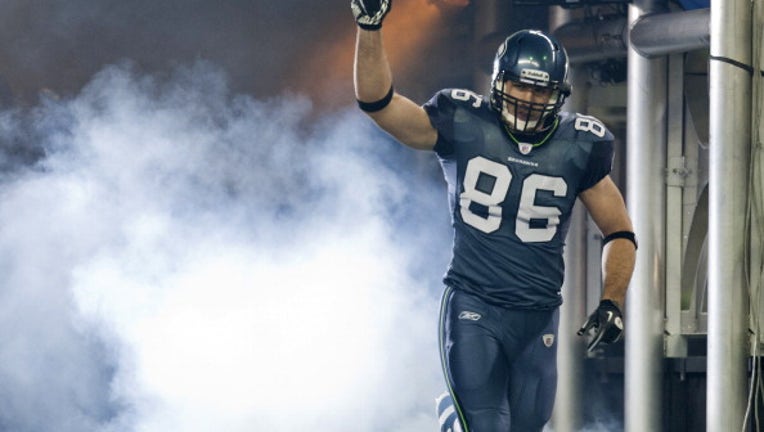 Zach Miller #86 of the Seattle Seahawks runs onto the field before a game against the Philadelphia Eagles at CenturyLink Field.

SEATTLE -- Amid reports of a 2-year, $24 million dollar deal in the making for Marshawn Lynch, the Seattle Seahawks on Friday released tight end Zach Miller after a failed physical.

The Seahawks later officially announced the release of Miller.

And Miller tweeted this Friday night:

A week earlier, he had tweeted this:

Miller signed with Seattle in 2011 after four seasons with the Oakland Raiders and played in 48 games with 46 starts, recording 102 receptions for 1,092 yards and eight touchdowns with Seattle.

His 2014 season was cut short after three games and six catches for 76 yards due to an ankle injury.  Miller, 29, ended the season on injured reserve.