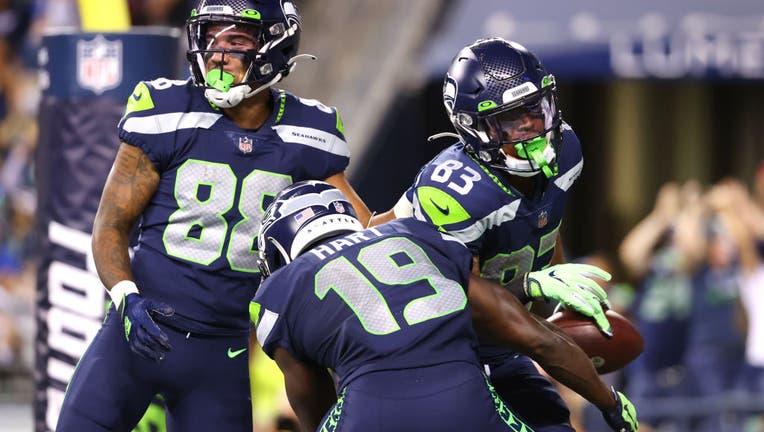 SEATTLE, WASHINGTON - AUGUST 28: Darece Roberson Jr #83 of the Seattle Seahawks celebrates after scoring a touchdown against the Los Angeles Chargers in the fourth quarter during the NFL preseason game at Lumen Field on August 28, 2021 in Seattle, Wa

SEATTLE - The Seattle Seahawks announced that they will be reducing their roster to 52 players, the team announced on Tuesday.

The Seahawks will be releasing three players and waiving 26.

Defensive tackle Robert Nkemdiche, cornerback Damarious Randall and guard Jordan Simmons were released and are not subject to waivers as vested veterans, the team said.

The following players will be waived:

The Seahawks are left with one open spot on their roster, which is expected to be filled once the trade for cornerback Sidney Jones is finalized and becomes official, according to the team.

Seattle kept 11 offensive linemen, a higher-than-usual number, including tackle Jake Curhan, the only undrafted rookie to make the team.

The remaining roster can be found below: