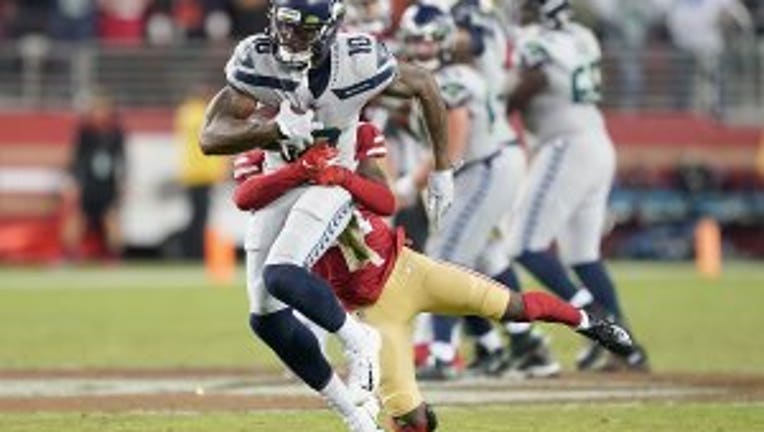 Wide receiver Josh Gordon #10 of the Seattle Seahawks is tackled by the defense of the San Francisco 49ers in the game at Levi's Stadium on November 11, 2019 in Santa Clara, California. (Photo by Thearon W. Henderson/Getty Images)

Gordon was a midseason acquisition by the Seahawks after he was waived by the New England Patriots in November.

“Our heart goes out to Josh having to face this again,” Carroll said during a press conference Monday. “This isn't even about what it means for us. This is about Josh getting well.”

During the Seahawks 30-24 win over the Carolina Panthers, Gordon made a spectacular 58-yard catch to help Seattle secure a playoff spot. Carroll says the team has enough depth in its receiving corps that he remains confident as the regular season wraps up.

The announcement is far from the first time Gordon's been in trouble with the league. He missed entire seasons with the Browns for violating the NFL's drug policy and underwent a lengthy rehab process.

The Seahawks are still vying for seeding but will now enter the playoffs without one of its most talented receivers.