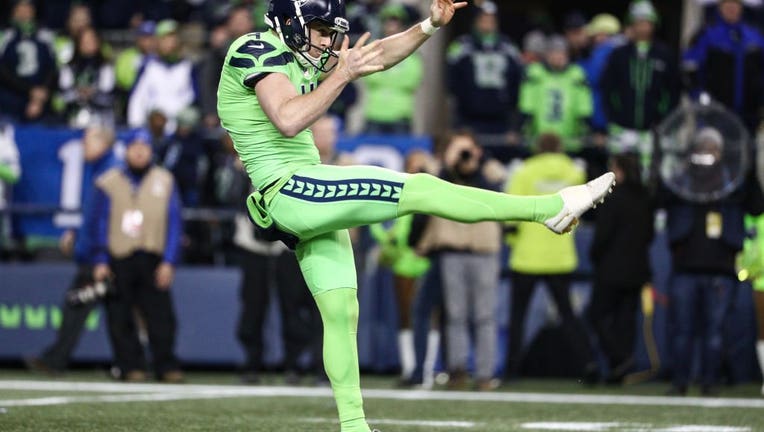 Michael Dickson #4 of the Seattle Seahawks punts the ball in the first quarter against the Minnesota Vikings at CenturyLink Field on December 10, 2018 in Seattle, Washington. (Photo by Abbie Parr/Getty Images)

A person with knowledge of the deal told The Associated Press the extension is worth up to $14.5 million. The person spoke to the AP on the condition of anonymity because the team did not disclose the financial details.

Dickson is entering the final year of his rookie contract after being drafted in the fifth-round by the Seahawks in 2018. He’s been one of the elite punters in the league since his arrival. Dickson was a first-team All-Pro and Pro Bowl selection as a rookie when he averaged 48.2 yards per punt. Dickson was even better last season, averaging a career-best 49.6 yards per kick with 32 kicks downed inside the 20.

While Dickson’s numbers are impressive, his ability to kick in unique ways has made him a weapon for the Seahawks between his directional punting and ability to control distance. Dickson has also been used on kickoffs on occasion, specifically to attempt different kinds of drop kicks when an onside kick was needed.

Dickson was the Ray Guy Award winner during his final year at Texas as the top punter in the country.