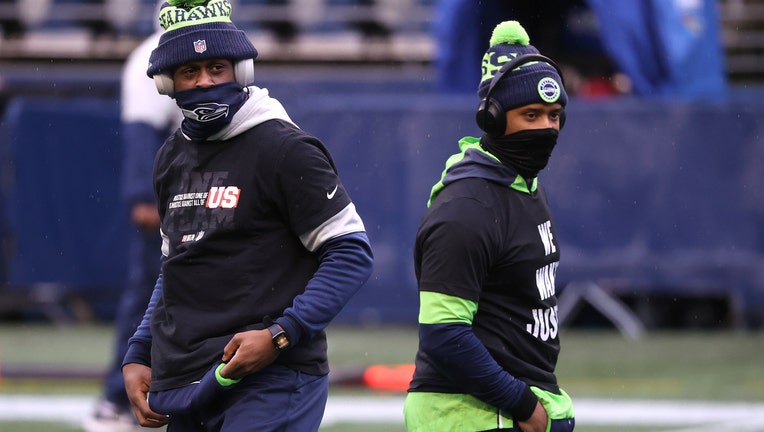 SEATTLE, WASHINGTON - DECEMBER 27: Geno Smith #7 and Russell Wilson #3 of the Seattle Seahawks warm up before their game against the Los Angeles Rams at Lumen Field on December 27, 2020 in Seattle, Washington. (Photo by Abbie Parr/Getty Images)

Smith was a second-round pick out of West Virginia in 2013. He joined the Seahawks in 2019, beating out Paxton Lynch for the job of Wilson's backup.

He's only had the chance to play in one regular-season game since becoming a Seahawk. That was in December 2020 when the Hawks stomped the Jets 40-3.

Smith started his NFL career with the jets in 2013 and started all 16 games in an 8-8 season. It was one of two "non-losing" seasons for the Jets in the past nine years. He started another 13 games the next season before a broken jaw took him out.

Since then, Smith has served as a backup quarterback for the Jets, Giants and Chargers before he came to Seattle.

Just A Bit Outside April 22