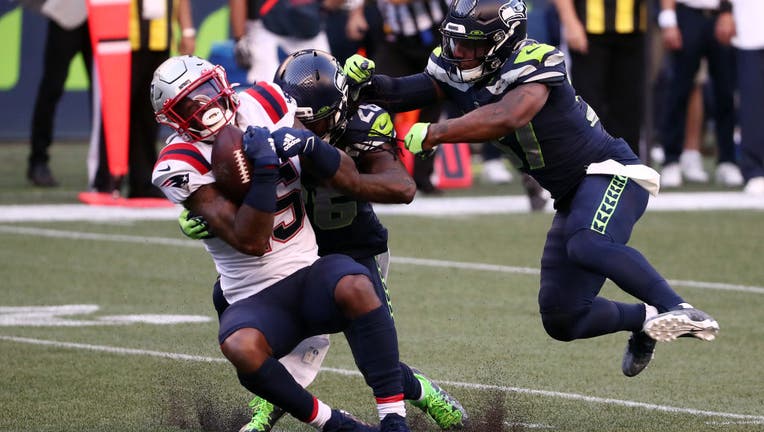 SEATTLE, WASHINGTON - SEPTEMBER 20: N'Keal Harry #15 of the New England Patriots is tackled by Shaquill Griffin #26 and Quandre Diggs #37 of the Seattle Seahawks during the first half at CenturyLink Field on September 20, 2020 in Seattle, Washington.

On fourth-and-3 from the Seattle 30, New England quarterback Cam Newton connected with Harry on a slant route. The rookie was immediately hit by Diggs in a violent collision that snapped Harry’s head backward. Multiple flags were thrown and after a few minutes of deliberation, referee Craig Wrolstad announced Diggs had been ejected.