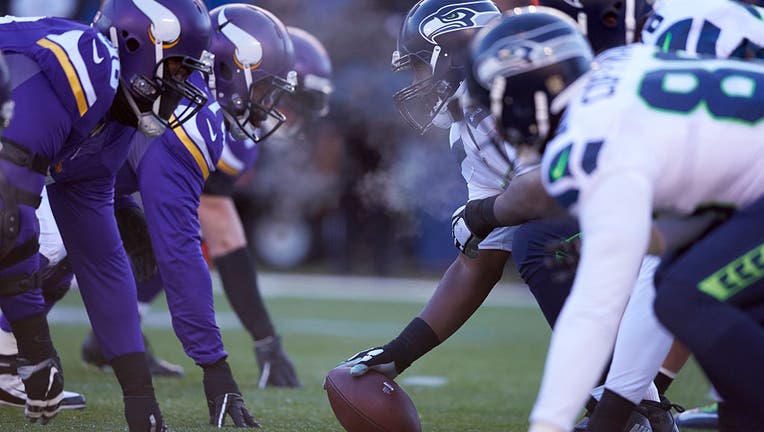 RENTON, Wash. - The Seattle Seahawks will have to battle frigid conditions in addition to Patrick Mahomes when they face the Chiefs this Saturday. High temperatures are projected in the low teens with wind chill possible to reach sub-zero.

If those circumstances play out, it will be the coldest regular season game in Seahawks’ franchise history and second-coldest ever behind a 2015 playoff game against the Minnesota Vikings that served as the third-coldest game in NFL history.

The Seahawks won that game 10-9 before losing to the Carolina Panthers the following week to end their hopes of making the Super Bowl for a third-straight season.

Linebacker Bruce Irvin is the only player for the Seahawks that played against the Vikings and will also suit up against the Chiefs this weekend. Wide receiver Tyler Lockett is the only other current player to have played in the game and he will miss this week’s game due to a broken finger.

Tight end Will Dissly said he played in sub-zero temperatures for a middle school game back home in Bozeman, Montana between Chief Joseph Middle School and Sacagawea Middle School.

"I think it was -8 degrees in Montana in an eighth-grade cross-town rivalry," Dissly said. "I played fullback, and the fact that parents sat in the stands and watched 30 fullback dives in -8 degrees is amazing. It was the most amount of support that you could ask for. It was a cold one though."

In the aftermath of the game against the Vikings, several Seahawks players experienced lingering effects in the days and weeks ahead.

"It didn't take me long but I remember Kam Chancellor's fingers were numb for like 2-3 months after that. It was crazy," Irvin said. "Definitely a safety hazard. You know, the NFL don't care. They made their money, so it is what it is. But it's definitely cold out there. The ball gets harder, the ground gets harder.

For quarterback Geno Smith, having the proper control of the football will be extremely important. In a game with wind chills in the 20’s against the Vikings in 2014, Smith completed 18 of 29 passes for 254 yards with a touchdown and an interception in a 30-24 New York Jets loss.

While Saturday’s game will be much colder than that afternoon in Minneapolis, Smith does have experience playing in cold conditions before.

"Just hand warmers, you have to stay warm, keep the blood flowing, and keep the body warm," Smith said of how he’ll manage the game. "I don’t really prepare differently. Some guys are different, every guy is different, so it’s custom to the person. For me, it’s pretty much the same. As long as I have a hand warmer and a nice jacket, I think I will be alright."

The Seahawks are getting some chilly conditions at home to help them prepare this week with snow falling throughout the Puget Sound region and temperatures in Renton in the 20's. The team has practiced indoors, but the facility had its rolling gate open so the temperature inside would be reasonably chilly.

With heated benched, heaters, hand warmers, and other tricks of the trade, the Seahawks will have ways to stay as warm as possible in Kansas City.

"E.K. (Erik Kennedy) and the equipment staff do a great job, they have everything totally prepared," offensive coordinator Shane Waldron said. "I know that there will be elements this weekend knowing that it’s going to be cold and so our minds are right and ready to roll. We still have to play the game and both sides have to deal with those elements, so we will take them as they come and see what the weather is like and what the wind is like throughout the course of the game."

The Seahawks added defensive tackle Davyion Nixon to their roster on Wednesday and released running back Tony Jones Jr.

Nixon was waived by the Carolina Panthers following their game in Seattle against the Seahawks two weeks ago. Nixon was inactive and did not play for the Panthers in the contest.

A fifth-round pick by Carolina last year out of Iowa, Nixon appeared in 14 games for the Panthers over the last two seasons. He has 15 total tackles, 0.5 sacks and two quarterback hits. He’s played just 62 total defensive snaps this season for Carolina.

Nixon helps provide depth for the Seahawks on the defensive line with Bryan Mone was lost to a torn ACL last week and Al Woods dealing with an Achilles injury.

Jones was a healthy scratch for Seattle last week despite being without DeeJay Dallas due to a high-ankle sprain. Ken Walker III, Travis Homer and practice squad running back Godwin Igwebuike were the three active rushers for the team’s loss to the San Francisco 49ers.

Walker has not practiced this week due to an ankle injury and Dallas returned to limited participation on Thursday for the first time since sustained a high-ankle sprain three weeks ago against the Los Angeles Rams. The release of Jones would seem to indicate some confidence from the team that at least one of the two will be playing this week against the Kansas City Chiefs.

Jones had eight carries for 16 yards and three catches for 18 yards in four games played for Seattle.