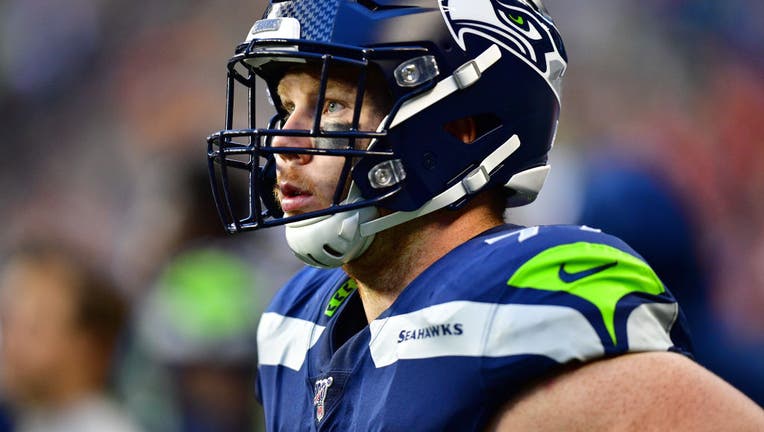 Seattle Seahawks center Ethan Pocic (77) during an NFL preseason game between the Denver Broncos and the Seattle Seahawks on August 08, 2019, at Century Link Field in Seattle, WA. (Photo by Michael Workman/Icon Sportswire via Getty Images)

Kyle Fuller will likely move into the role as center after rotating with Pocic on Sunday.

The team placed him on IR to make room for Jon Rhattigan who was promoted from the practice squad.

Rhattigan made his NFL debut on Sunday on special teams and recorded a tackle on a punt return.

RELATED: Commentary: The Shane Waldron hire now makes so much more sense than it originally seemed