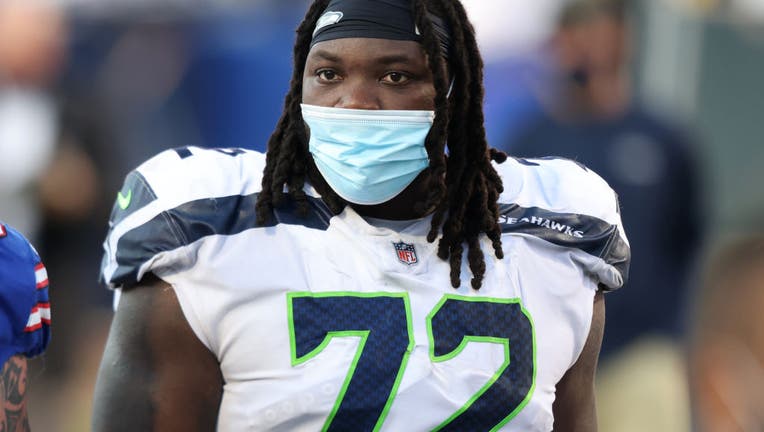 ORCHARD PARK, NY - NOVEMBER 08: Brandon Shell #72 of the Seattle Seahawks after a game against the Buffalo Bills at Bills Stadium on November 8, 2020 in Orchard Park, New York. (Photo by Timothy T Ludwig/Getty Images)

It’s the first time this season the Seahawks have put players currently on the active 53-man roster on the COVID-19 list.

Shell has started 11 games at right tackle, but had missed time recently with an ankle injury.

Randall had missed the past two games due to a foot injury.

Seattle also activated cornerback Tre Flowers from injured reserve and downgraded running back Carlos Hyde to out for Sunday’s game against San Francisco. Hyde had been unable to practice this week due to a non-COVID related illness.

Seahawks to rest TE Greg Olsen for Week 17 vs. 49ers

Olsen returned last week after missing a month due to a torn plantar fascia in his left foot. Carroll said the move is precautionary in the hopes Olsen is ready for next week, with the Seahawks likely hosting a playoff game.