WATCH ABOVE: Seahawks GM John Schneider responds to the schedule

All the details were released by the Seahawks at 5 p.m. Thursday. Nine games will be broadcast on Q13 FOX, including the first three games.

Below is the team's full schedule, including game dates, times and broadcast channel: 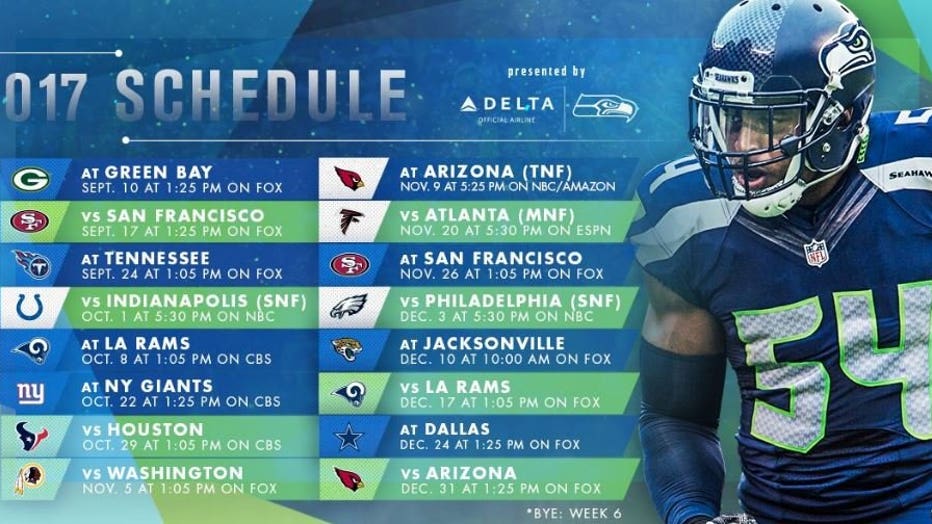 The first home game is Sept. 17 against the 49ers. The Hawks have two Sunday night games, a Thursday night game and a Monday night game. Three of the prime-time games are at home.

The Hawks will not have consecutive road trips, a rarity for the team.