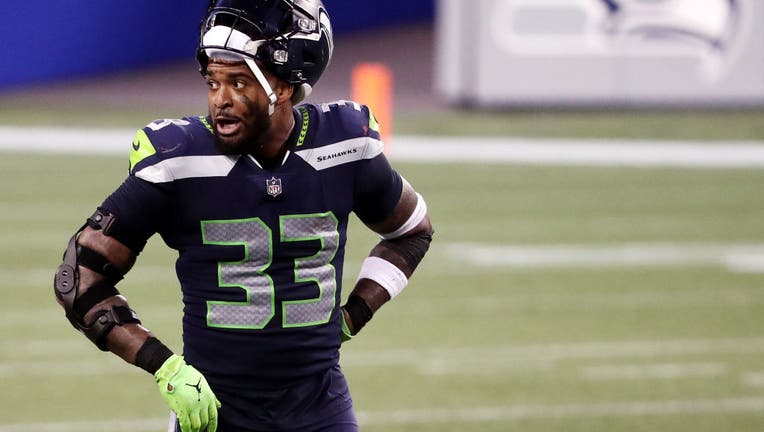 SEATTLE, WASHINGTON - SEPTEMBER 20: Jamal Adams #33 of the Seattle Seahawks looks on during the second half against the New England Patriots at CenturyLink Field on September 20, 2020 in Seattle, Washington. (Photo by Abbie Parr/Getty Images)

RENTON, Wash. - As much as he may try to avoid it, Seattle Seahawks safety Jamal Adams is a big part of the story this week.

“This game is very important because like I said it’s the next one,” Adams said on Friday. “Obviously it is against the Jets, my former team. But I’m not here to make it about me.”

Adams spoke at length about Sunday’s matchup against winless New York, the first time he’ll be facing the team that drafted him with the No. 6 overall selection three years ago.

Adams was forthright, honest and a little vulnerable on Friday. He talked about his departure from New York, reiterating that he didn’t feel valued by the Jets’ front office. He spoke of battling depression at times last year when he was in the midst of an All-Pro season.

He said he had no ill feelings toward the Jets’ embattled coach.

“I do not hate Adam Gase,” Adams announced.

And Adams said he couldn’t wait to try and hit Sam Darnold for the first time.

“I have a lot of respect for Sam,” Adams said. “Just to face him and he doesn’t have a red jersey on, because I’m kind of used to that, so it’s going to be fun.”

Adams forced his way out of New York in the offseason. The Jets dealt the disgruntled star safety to the Seahawks in July, splitting with a gifted player whose relationship with the franchise quickly deteriorated because of a contract dispute.

“There’s no hard feelings toward them. They had different views. I had a different view,” Adams said. “But at the end of the day I’m just happy to be where I am. I have an organization that believes in me, believes I can get it done and thinks highly of me so that’s all I can ask for. It’s just all about respect for me.”

While it was painful for Seattle to relinquish that much draft capital, the trade has been mostly successful. Adams has not been his best in pass coverage, but his play in run support and as a blitzer has made a major impact.

Adams has 7 1/2 sacks, and one more would break the single-season record for sacks by a defensive back.

“Breaking the record, I said I was going to do it last year and I failed. And I always told myself, whenever I put my mind to something I’m gonna get it done,” Adams said. “That’s just how I’m wired. It doesn’t matter what team is out there, it’s the next game. Obviously we’re playing against the Jets and that’s that is my former team. Will it be sweet? Yes, of course. But at the end of the day I’m going out there to continue to do my job.”

NOTES: Starting RT Brandon Shell (ankle) was not listed on the injury report and is expected to start against the Jets. Shell had missed the previous two games. ... DE Carlos Dunlap (foot) is questionable and coach Pete Carroll said he’d be a game-time decision.