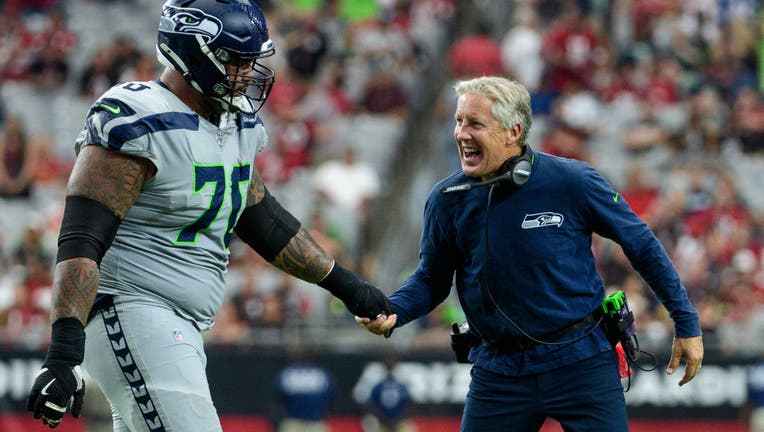 GLENDALE, ARIZONA - SEPTEMBER 29: Head coach Pete Carroll of the Seattle Seahawks congratulates offensive guard Mike Iupati #70 after a touchdown on the field in the second half of the NFL game against the Arizona Cardinals at State Farm Stadium on S

Iupati told The Spokesman-Review that his goal was to hit 10 years in the league. The 33-year-old spent the last two seasons in Seattle.

"I fell in love with Seattle," he says. "The organization was first class. They were so good to me."

The four-time Pro Bowler also played in San Francisco and Arizona. In college, he was an All-America offensive lineman for the Idaho Vandals.

"My body was telling me it was time to close the door," Iupati told The Spokesman.