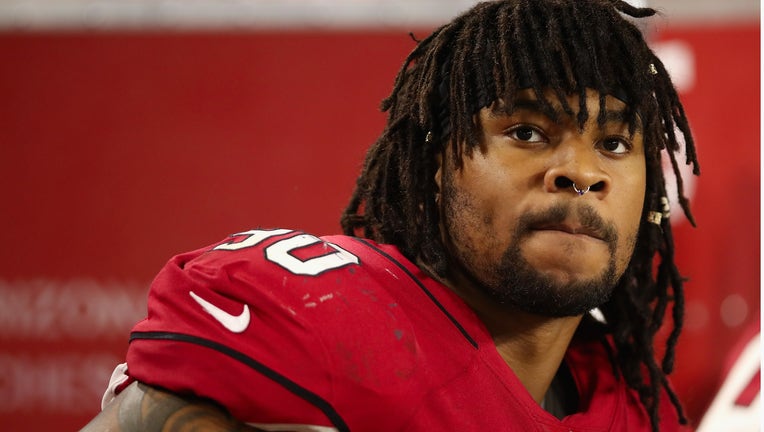 GLENDALE, AZ - AUGUST 11: Defensive tackle Robert Nkemdiche #90 of the Arizona Cardinals on the bench during the preseason NFL game against the Los Angeles Chargers at University of Phoenix Stadium on August 11, 2018 in Glendale, Arizona. (Photo by C

Nkemdiche, 26, was a top prospect coming out of Mississippi, but his NFL career has been mostly a flop.

Nkemdiche was the 29th overall pick of the 2016 draft by Arizona, and appeared in 27 games over three seasons with six starts. His production was underwhelming, cresting with a career-high 32 tackles and 4½ sacks in the 2018 season. Nkemdiche’s 2018 season was cut short by a knee injury that required surgery and eventually led to his release by Arizona after failing his physical.

RELATED: Commentary: It might be right time, situation for Richard Sherman to return to Seahawks

Nkemdiche last played in the NFL in 2019 with Miami, where he appeared in two games. He was also briefly suspended by the NFL during the 2019 season for an undisclosed violation of league rules.

Nkemdiche is clearly a depth addition to Seattle’s defensive tackle rotation. Seattle appears set with starters Poona Ford and Al Woods, but is otherwise thin at the position.